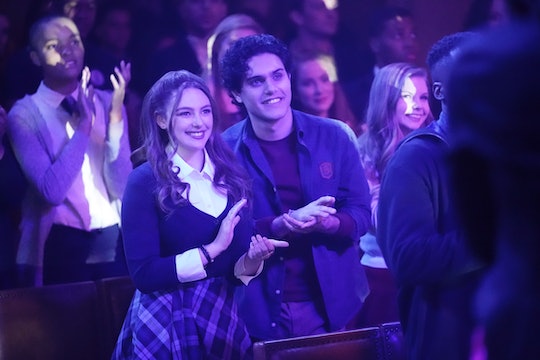 Fans Are Rooting For Their Favorite Ships On 'Legacies'

With witches, werewolves, vampires, and just about any other monster you could think of, CW’s Legacies has taken its fans on a supernatural ride, and every episode comes with more excitement. Along with its mystical drama, the show introduced viewers to some potentially adorable romances and love triangles, leaving fans rooting for their favorite love stories. So, here are some compelling Legacies ships from Reddit to think about while you watch.

Sure, Malivore is on the brink of unleashing hell on Earth, but that doesn’t mean a supernatural teen can’t take a moment to find true love. Hope Mikaelson — a tribrid who’s a mix of witch, werewolf, and vampire — is not only at the center of the series, she’s also right smack in the middle of two love triangles. She’s in love with Landon, but both Rafael and Josie have admitted to having a crush on her. Considering Landon is connected to Malivore (his dad is from there), there may be a time where Hope is forced to end her relationship with him, leaving the field open for Josie and Rafael.

Legacies is a spin-off of The Vampire Diaries and The Originals, and both of those shows left the world with beloved relationships like Delena (Damon and Elena) and Haylijah (Hayley and Elijah). It’s safe to say that Legacies fans will get a few epic ships of their own, but here’s who fans are rooting for so far: