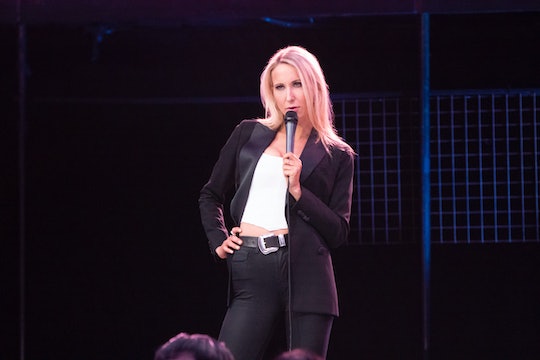 Nikki Glaser's first Netflix special just dropped, so if you're looking for more Nikki Glaser specials to watch after Bangin', then you've come to the right place. After successful appearances on two other Netflix projects earlier this year, she's finally taking center stage in her own standup special on the streaming platform. Bangin' tackles, according to the Netflix synopsis, "sex, sobriety, and getting over her own insecurities," while "[keeping] the audience at the edge of their seat as she delves into taboo topics like sex and...sex." Of course, tearing down sexual double standards has always been Glaser's ~brand~, so there's plenty more comedy in this vein from her if you liked what you heard in Bangin'.

The Cincinnati native (by way of St. Louis) is among the many comedians who translated their successful podcast fame into a TV gig. You Had To Be There, her 2011-2013 podcast with fellow comedian Sara Schaefer, led to a late night MTV talk show called Nikki & Sara Live, which ran its course after two seasons. Then, in 2015, she hosted her own short-lived, sex-themed late night show on Comedy Central called Not Safe with Nikki Glaser. She's also participated in Comedy Central roasts of Rob Lowe, Bruce Willis, and Alec Baldwin, and even did a (very brief) stint on Dancing With the Stars Season 27. (She went home the first week.) Here are five other Glaser standup specials worth tuning into.