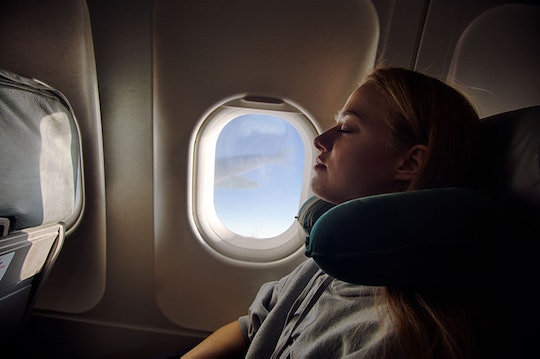 Air travel can be notoriously stressful. Even in the best of circumstances, there are some pretty intense ways that your body reacts to being on a plane. Before you add in the hassles of baggage pickup or delayed flights, the very basics of air travel can be pretty stressful on the body.

Even if you want to be a hardy, seasoned traveler, the simple mechanics of flight can just wear on you. First there's the altitude. The typical cruising altitude of a commercial jet airplane in flight is approximately 35,000 feet, according to USA Today. To put it in perspective, people can start having issues with altitude sickness at elevations of 8,000 feet, according to Healthline. Although the pressurized cabin does mitigate some of these issues, the human body is going to feel some effects when it's being hurtled through the air six miles above sea level.

With its relatively cramped quarters, lower oxygen levels, and dry air, airplane cabins can affect a person's respiratory and circulatory abilities, in addition to many other systems. So if you've ever felt kind of rough after even a routine flight, then cut yourself some slack. The pressures of being that far from the ground just have some effects, and it's totally understandable if you need a post-flight nap.