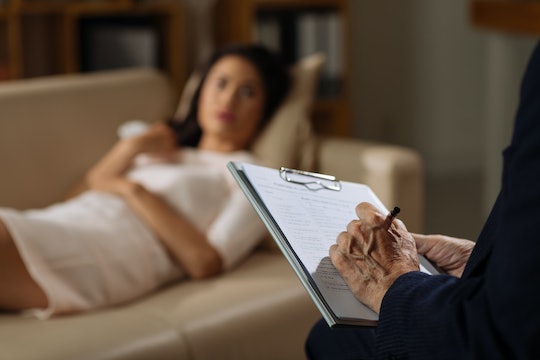 On Saturday, millions of people gathered in Women’s Marches all over the world to support equal rights for all people. The marches were amazing demonstrations of hope and peaceful resistance… and if they helped some people to find everlasting love, well, why not? One woman found sparks with “equality bae,” a fellow marcher in the Women’s March in London, and took to Facebook to track down the patriarchy smasher who had caught her fancy. This tale involves the Women’s March, social media, and woke baes. It is truly a love story for our time.

Sophie Stummvoll was one of thousands of demonstrators to gather in London for the Women’s March on Saturday. She told Mashable, “I participated in the Women’s March on London along with millions of men and women around the world to make it known that we as people will not stand for women, gays, Muslims or any other marginalized groups tohave less rights and opportunity than the privileged majority.”

While she and a friend marched, Strummvollspied a man with a sign bearing the message, “F*ck the patriarchy.” She took aselfie with him in the background. “I was just thinking that I wanted tocapture a moment of crying out for equality next to this really hot true bae!” shetold Mashable.

When she got home, Strummvoll decided totrack down the guy at the march and posteda message to the London Women’s March Facebook page. It featured the selfieand read,

So I was too shy to say anything to youduring the march, but to the lovely and tall gentleman leading the chant forequality and graciously holding up "F*CK THE PATRIARCHY" I have a bitof a crush on you and should you ever be interested in discussing any of theabove matters with me (pictured bottom left) my inbox is open!

Commenters were instantly on board anddubbed the mystery man “equality bae.”

TWEETEventually, Strummvoll learned that “equality bae” is actually a man named “MorganEdward Davies.” She sent him a private message, and he messaged her back. Sheupdated people following the story on Facebook, saying, “He reached out tome in the woke and lovely manner you would expect him to! #foundequalitybae.” LOVELIVES.

Davies seems to have had a good sense ofhumor about being #equalitybae, telling Mashable, “Let's be honest it was abrave thing she did and took a lot of balls (pun intended). I thought that itwas really lovely that someone had noticed me and my voice….” Only time willtell if this will turn into a love story for the ages, but, all in all, a marchfor women’s equality seems like a solid place to meet a quality human.

More Like This
10 Moms On Why They Exercise
Julia Fox’s Apartment Tour Is Peak Mom Realness
Paris Hilton Is Officially A First-Time Mom
When Does A Baby Recognize Their Father? A Pediatrician Explains
What Parents Are Talking About — Delivered Straight To Your Inbox