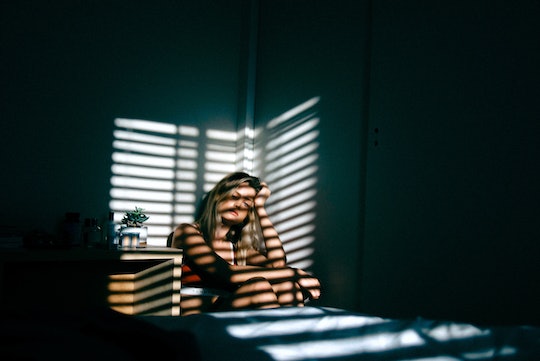 5 Hints You're Not Producing Enough Oxytocin

You've probably heard of oxytocin referred to as the "love hormone." It's the hormone that's present during childbirth and breastfeeding. It is also released when you snuggle with your partner, have an orgasm, see your best friend, laugh, play, flirt, and even when you look into your baby's eyes. But if you aren't feeling like yourself lately, it could be one of several signs you're not producing enough oxytocin.

According to the website for the Australian Menopause Centre, a team of doctors who work closely with menopausal women who often struggle with oxytocin deficiency, oxytocin is a hormone that is produced in the hypothalamus and released into the bloodstream by the pituitary gland. Oxytocin is secreted when the cells of the neurons in the hypothalamus become excited. The release of oxytocin is believed to have a positive effect on family relationships, trust, recognition, anxiety, and sexual arousal. Because of this, having low levels of the hormone can be detrimental to your emotional wellbeing. In fact, according to Dr. Akiko Kato, a Naturopathic Physician at Seattle's Femme Clinique, oxytocin hormone deficiency is related to a number of chronic health problems.

Here are some signs that your body may not be producing enough oxytocin so you know what to look out for in case you're curious or concerned.