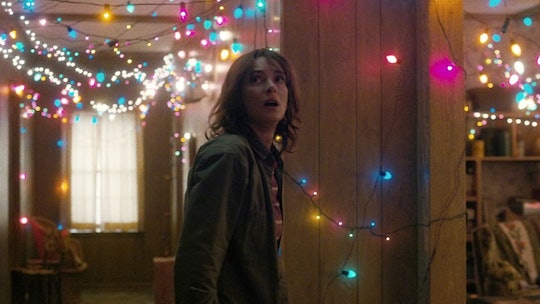 5 Spooky Times Winona Ryder Was The Queen Of Halloween

Hollywood's year of nostalgia has reopened it's arms to Winona Ryder, the misfit princess of the '80s, and current star of Netflix's hit series, Stranger Things. The actress has never been one to fit in with the so-called popular kids, aside from a brief rough patch in Heathers. With her oversized coats, black wardrobe and red lipstick, you would not catch her sitting at a lunch table with Regina George and Cady Heron, that's for damn sure. But, that doesn't mean Ryder doesn't completely own one thing. There is no doubt that Winona Ryder is the queen of Halloween.

Ryder was Hollywood's angsty, yet lovable, in-between stage of Wednesday and Morticia Addams. She easily seduced audiences with her unusual charm, and out-of-this-planet demeanor. It appears that almost every project she touched turned into an elongated episode of The Twilight Zone. And every film was a "stranger thing" that tenderly grabbed audiences by the throat.

According to Time, "Ryder’s meteoric rise to A-list status in her teens and twenties and tabloid-fueled fall shortly thereafter made her a national obsession. But the nearly decade-long hiatus that followed left her tethered to the moment she exited the public eye... But for the viewers who haven’t seen the handful of small roles she’s taken over the past few years, Ryder is still frozen in time." For her, being frozen in time is a lot like having an acting career play out like Groundhog Day. Except her groundhog day happens to fall on one of America's favorite holidays: Halloween.

Here are 5 ways every day is Halloween for the eccentric blast from the past.

Winona makes gloom and doom look shiny and cool without even trying in Beetlejuice. She is also a pro at wearing her grungy attitude like an accessory.

2. When She Fell For The Bad Boys 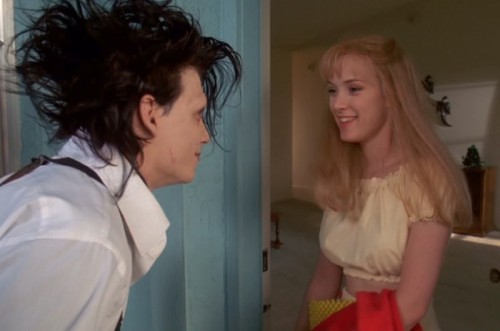 Winona Ryder's characters always had a thing for weirdos. She gave her heart to an oddball in Edward Scissorhands, and a bad boy with a lust for blood in Heathers.

3. When She Went Full Vamp For Beetlejuice

Lydia in Beetlejuice looks a lot like Dracula's daughter Mavis in 2012's Hotel Transylvania. I doubt that's a coincidence. Director Genndy Tartakovsky most likely based his blood-sucking rebel off of Lydia's classic appearance.

4. When She Was A Murderer In Heathers

While going through the highs and lows of high school, Ryder's character in Heathers, Veronica, stumbled into a Bonnie and Clyde relationship. She eventually wound up killing one of her "Heather" squad members, and a school jock. On top of this, she shot off her criminal boyfriend's middle finger — talk about a power move. During these ruthless moments, we see Ryder committing the same blood-stained crimes as hardcore villains such as Michael Myers and Jason Voorhees.

5. She Tackled A Monster & Another Dimension In Stranger Things

Even though it's Christmas lights Ryder strings around her home, she gives off some serious Halloween vibes in Stranger Things. Ryder, who plays Joyce Byers, finds herself trapped between worlds in an insidious plot where her son has been transported to another dimension akin to the likes of Silent Hill. It really seems as though Ryder has matured with age, because for once she isn't falling in love with a monster, she's going after one to save her family.