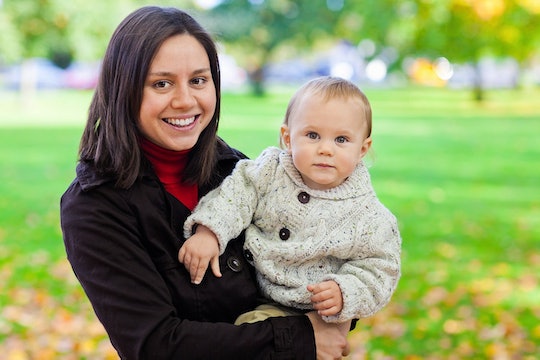 Most new parents know all too well that the United States is the only industrialized country in the world that does not have a country-wide policy to ensure its workers will have some paid time off when they grow their families. This is the case despite the fact that many studies have found that paid leave is good for families and businesses. In fact, there is a comprehensive body of research that illustrates again and again that children benefit when their parents have paid time away from work to spend time with and take care of them. It boosts the well-being of both moms and dads, and there are upsides for the companies that employ them. Considering all this, it's hard to imagine why the United States hasn't joined most other countries on federally mandating paid leave.

For a quick case-in-point, take the example of tech giant Google, which increased its paid maternity leave from 12 weeks to 18 weeks back in 2007, according to Business Insider. When it did, the company's retention of new moms rose by half. Current YouTube CEO and former Google employee Susan Wojcicki explained why that retention happened in an op-ed for The Wall Street Journal.

Mothers were able to take the time they needed to bond with their babies and return to their jobs feeling confident and ready. And it's much better for Google's bottom line — to avoid costly turnover, and to retain the valued expertise, skills, and perspective of our employees who are mothers.

Clearly, the trend among big, elite companies offering generous paid leave packages is one that the federal government should adopt for all workers. After all, people of all political inclinations can agree that we want our children to thrive and our economy to be as healthy as possible, right? So, here's a sampling of the many, many studies that indicate that paid leave for moms and dads can contribute to achieving just that.

The results of a study published in 2011 show that when a mom has paid time off work, her newborn's risk of dying decreases. According to the analysis of families in 141 countries that do have paid leave policies, 10 weeks of full-time equivalent paid time off "was associated with a 10 percent lower neonatal and infant mortality rate ... and a 9 percent lower rate of mortality in children younger than 5 years of age." Knowing that alone, what more of an argument for paid time off for parents do we need?

There are a ton of health benefits for both moms and babies associated with breastfeeding — and newborns whose moms have paid leave from their jobs are more likely to reap these, according to a 2011 study out of California. The researchers found that mothers who had access to paid leave breastfed for two times as long: The breastfeeding duration for those in "high-quality" jobs increased from five weeks to 11 weeks. Moms who had "low-quality" jobs experienced a bump from five weeks to nine.

Paid leave matters for fathers, too. And the results of a study of dads in the United States, the United Kingdom, Denmark, and Australia are really no surprise: Taking at least 10 days off resulted in the dads being more involved in caring for their kids than the dads who took no time off, CNN reported.

Clearly, there are lots of reasons that parental leave should be extended to dads for their own sake and for the well-being of their children, but the practice is a good deal for moms, too. According to ThinkProgress, a paid family leave program in Sweden conducted a study that revealed that mothers (in relationships with men) saw a 7 percent increase in their income for every month their husbands took off work.

It Works For Small Businesses

According to the Center for American Progress, California's state paid leave program did not have a negative effect on the businesses. Here's how those with fewer than 50 employees responded to a survey on the subject:

91 percent said the law had a "positive effect" or "no noticeable effect" on profitability and performance.

89 percent said the law had a "positive effect" or "no noticeable effect" on productivity.

92 percent said the law had a "positive effect" or "no noticeable effect" on turnover.

99 percent said the law had a "positive effect" or "no noticeable effect" on morale.

In short, paid leave works, and to implement it nationwide is the right thing for the federal government to do. American lawmakers should get familiar with all the studies supporting that position, if they haven't already, and start drafting some bills.