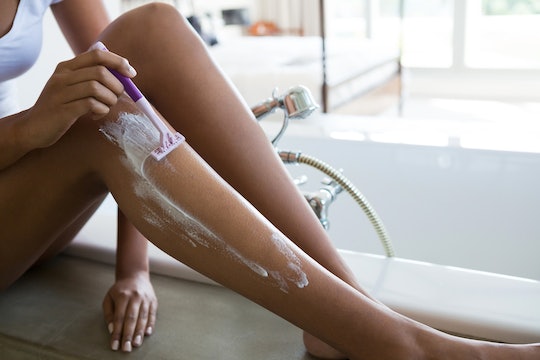 5 Surprising Things Thick Body Hair Could Mean About Your Health

For the most part, body hair is just a harmless fact of life. You can wax it, shave it, or leave it alone, and that's about it. But in some cases, there are surprising things thick body hair could mean about your health. Sometimes hair can say serious things about your body.

Also known as hirsutism, the growth of excess body hair affects about 5 to 10 percent of women who are old enough to bear children, according to the Cleveland Clinic. In some cases, it simply means the woman produces higher than average levels of androgen hormones, as further noted by the Cleveland Clinic. It's not that unusual, and sometimes hirsutism can run in families, as explained by the British Skin Foundation. Although it isn't the only cause of thick body hair, hirsutism is related to most of the health concerns covered here.

Although the hair itself is pretty harmless, body hair is one of those charged topics, especially when it comes to female grooming. But as people like model and body positive activist Harnaam Kaur prove, people with hirsutism don't have to hide or get rid of the hair. It can just be another part of your life, health, and body.

More Like This
Here’s Why Your Vagina Itches At Night, According To Experts
Why Does My Vagina Smell Sour? Vaginal Odors & What They Mean
Can You Burp A Baby Too Hard? A Pediatrician Shares Tips For Gassy Tummies
Why Do Toddlers Line Up Toys? Experts Explain This Classic Toddler Behavior