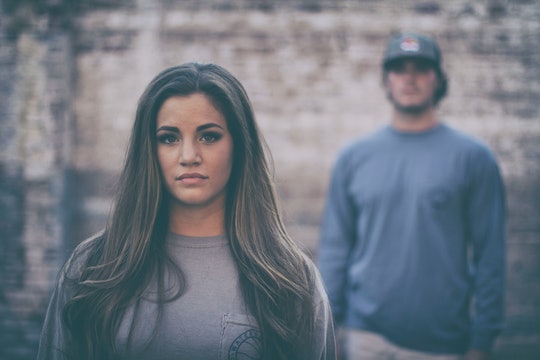 Although you always want to be secure in your relationships — be they romantic, platonic friendships, family relationships, or working relationships — many people become insecure at one point or another. And, for some, it's with good reason. Sometimes you may start to have doubts or suspicions, especially if you think you're seeing signs that back up those suspicions. The problem is, there are plenty of things that you think are signs of cheating but aren't. And accusing someone of cheating, especially when those claims are unfounded, can put a lot of strain on a relationship.

Luckily, according to PsychCentral, cheating isn't nearly as common as most people think. It can be easy to over-think yourself into a frenzy, convincing yourself that your partner's seemingly sketchy behavior points to an affair and your inevitable heartbreak. But the statistics say that the chances he or she is actually cheating on you is pretty low. In fact, according to that same PsychCentral article, there's only about a 25 percent chance that you might be cheated on at any point over the course of your entire relationship, with some risk factors making some relationships more susceptible to infidelity than others. Keep all of that, and the following misinterpreted signs of cheating, in mind next time you think of tailing your partner.