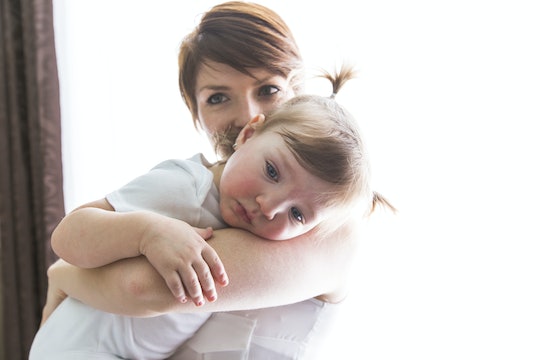 When I'm upset there are a few things I don't want to hear. Things like, "It's not that bad," or, "Stop overreacting" are bad enough, but I think the one that makes be boil the quickest is the infamous "calm down." Since it makes me so angry, saying it to my 10-year-old daughter probably won't help, either. In fact, the older she gets the more I understand my own feelings, which is simultaneously strange and empowering. So I've learned there are a few things you're really saying when you tell your kid to calm down, and I'm not so sure these are the words I want to be throwing in my girl's direction.

It's a difficult time to be the parent of a young woman on the verge of those unexplored teenage years. I mean, I still remember how I felt to be my daughter's age. Like me, my girl has always been prone to having a temper that heats rather quickly, only because she gets so emotionally invested in whatever she's doing or saying. That's part of her big, beautiful, creative heart that swallows up all her emotions and swirls them into oblivion. Sometimes it's effective for her to get her point across, and sometimes it's a huge distraction and my partner and I can't help her deal with whatever it is that's bothering her.

When I'm riled up and someone tells me to "calm down," I don't feel calm. If anything, I get angrier. With that said, here's what you might be teaching your kid when you say those same words:

More Like This
Real Parents Share What Time They Let Their Kids Rip Into Gifts On Christmas Morning
If Your Kids Love Their Elf, You Don't *Have* To Put Him Away On Christmas
Festive Mommy & Me Holiday Nail Ideas To Try
101 Advent Calendar Activities, From Books To Read To Cookies To Bake