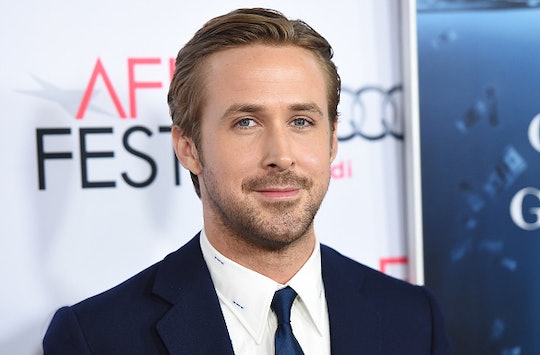 5 Times Ryan Gosling Was Feminist AF, Making Us Love Him Even More

“Hey girl, let’s talk about feminism.” Now imagine Ryan Gosling’ saying that to you. Only, you don’t have to imagine, because Ryan Gosling is a certified feminist. Not only is there a feminist Ryan Gosling blog dedicated to his, but he’s gone on record more than once to speak impressively about feminism, even saying he plans to raise his daughter as a feminist. I know, you're swooning.

I’ve had a wicked crush on The Gos since he appeared on screen in Remember the Titans for all of 45 seconds, way back in the year 2000. Since that fateful day, he’s only gotten better. Wooing everyone from teenage girls to grandmas in The Notebook, delving into Indie dramas, a musical side project, trying his hand at directing — Gosling is the worthy subject of many, many heart-eyes and fantasies. Add in the fact that he’s a well-spoken gentleman who's feminist views have become a coffee table book that I can peruse through any time I’m feeling the weight of the patriarchy on my shoulders?

Ryan Gosling is the feminist leading man we all deserve (but will never have — well played, Eva Mendes), and here five ways he's proven to be the feminist man of our dreams.