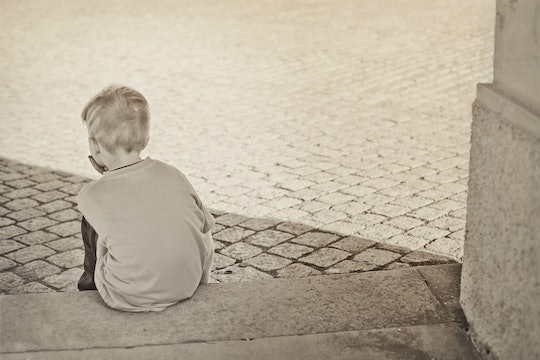 5 Top Theories About What Causes Autism

For years, scientists have researched possible causes of autism. Whether your child has autism or you're simply interested on the subject, knowing the top theories about what causes autism will help you to better understand the disorder and help refute anti-vaxxers argument that vaccinations may be the cause. (For the record, all research suggesting that vaccines cause autism has been discredited by the Centers for Disease Control and Prevention, in case you need extra points to share with anyone who might believe otherwise.) While research continues, Live Science noted that scientists believe there are a number of causes of autism, involving both your genes and your environment, or a combination of the two.

According to Rebecca Jones, Ph.D. and Assistant Professor Center for Autism and the Developing Brain & The Sackler Institute, there is no known single cause for autism. Though it is generally accepted that autism is caused by abnormalities in the way the brain is structured, or the way the brain functions, what causes those abnormalities is still up for debate. "It is likely that there are multiple cumulative factors that may increase the risk of a child developing autism such as genetics and the environment," Jones tells Romper in an interview.

The link between genetics and medical problems is a hot topic in the world of autism research. "In many families, there appears to be a pattern of autism or related disabilities, further supporting a genetic basis to the disorder," according to the Autism Society of America. "While no one gene has been identified as causing autism, researchers are searching for irregular segments of genetic code that autistic children may have inherited." Though no single cause has been identified, you can read on to find out the top theories of causes of autism.