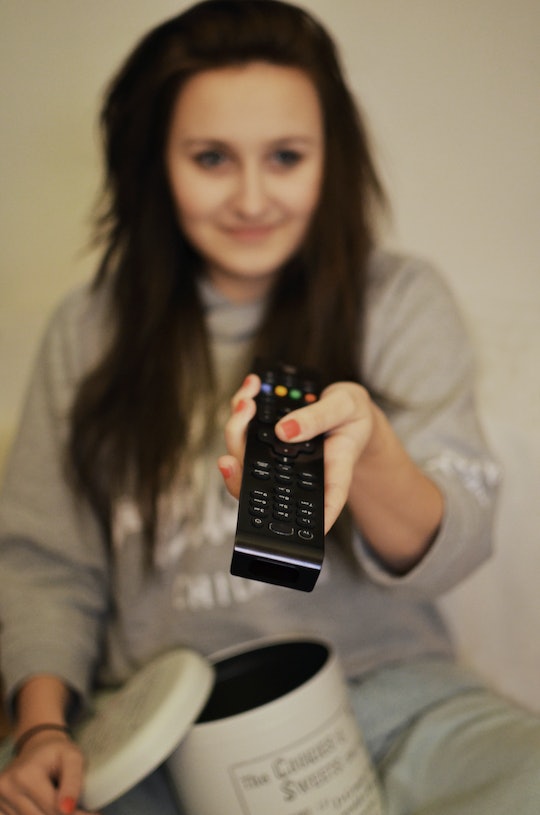 5 TV Shows Every Mom Should Watch This Fall

Summer doesn't technically end for a few more days, but that's not the point: The fall TV season is officially in full swing! The week of Sept. 19 alone boasts 56 premieres of new and returning series just itching to take up space on your DVR. From venerable programs like the long-running Grey's Anatomy to new family drama This Is Us — the perfect antidote for anyone still mourning the loss of the beloved Parenthood — you're all but guaranteed to find something to watch once the kiddos are safely tucked away. If you're still wondering which are the best fall TV shows, especially shows about family, don't worry: The following list of freshman shows have been curated especially for your consideration!

To be sure, moms have as diverse TV tastes as anyone else. Just because you have a child doesn't mean you wouldn't appreciate some good old-fashioned horror (see American Horror Story: My Roanoke Nightmare) or zombie drama (see The Walking Dead). However, the shows below are compelling specifically for their realistic portrayal of family issues and relationships. So at the end of a long day spent running after your toddler — or coming home from work only to see that your partner didn't remember to do the laundry — feel free to pop some popcorn, grab a glass of wine, and kick back on the sofa for some TV that reassures you that your experiences are totally normal.

ABC's new 30-minute comedy Speechless centers on what it's like to be a close-knit family with a special needs child. Matriarch Maya DiMeo (played by Minnie Driver) is a mom of three and fierce advocate for her oldest son, JJ — who happens to have cerebral palsy. She demands everyone treat JJ with respect and doesn't care who she has to alienate or offend to get him the services he needs. The mama-bear claws are out in full force, and the show is certain to resonate with any parent who's had to go to bat for their child.

American Housewife — another 30-minute sitcom courtesy of ABC — stars Katy Mixon (Mike and Molly) as Katie Otto, an "average" wife and mother trying to raise her family in a wealthy suburb of Connecticut. Surrounded by perfect housewives and privileged children, Katie tries to fit in but quickly finds herself alienated in this fish-out-of-water story. Originally developed as The Second Fattest Housewife in Westport, the show will still tackle issues of body image in addition to the overall theme of trying to raise a "normal" family in an environment where all your neighbors have more money than you.

Man With A Plan

The title character of CBS's Man With A Plan — actually named Adam, not Man — is played by Matt LeBlanc of Friends fame. The 30-minute comedy turns the typical sitcom trope on its head by showcasing what happens when a dad stays home to raise the children as his wife, Andi (Yes, Dear's Liza Snyder), goes back to work. As any full-time mom knows, Adam really has no idea how tough it'll be to keep the household running smoothly, and hilarity ensues when he tries to take charge of his brood. Could you expect anything else, really?

It won't take much for you to yell "YAS QUEEN" (à la Broad City’s Ilana Wexler) at your TV when checking out new Fox series Pitch, which tells the fictional story of Ginny Baker, the first woman to join the MLB as a pitcher for the San Diego Padres. Following an outstanding showing by women in the Rio Olympics, the time is ripe for this hour-long drama starring Kylie Bunbury (Prom, The Sitter) as Baker, a gifted athlete charged with making her Major League debut despite a harsh media and teammates who don't even want her. She might be dubbed "the next Jackie Robinson," but does she really have what it takes to shine in a man's world?

Arguably the most anticipated new show this fall, NBC's This Is Us promises to tug at your heartstrings and give you a reason to have a good cry every week. The ensemble dramedy follows several characters who share the same birthday but are (so far) connected in other ways, too. It's a simple premise anchored by strong performances from Sterling K. Brown (The People v. O.J. Simpson: American Crime Story), Chrissy Metz (American Horror Story: Freak Show), Milo Ventimiglia (Gilmore Girls, Heroes) and Mandy Moore (A Walk to Remember, Grey's Anatomy). From feel-good humor to memorable monologues, you don't want to forget your tissues.