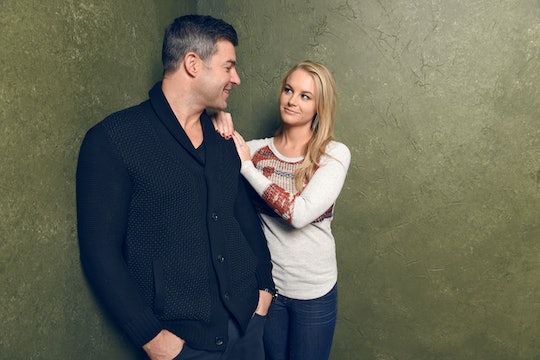 Any Big Brother fan knows that the long-running CBS reality show is better at matchmaking than any other love-centric reality show — Bachelor and Bachelorette included. (Sorry, Chris Harrison.) Exhibit A? Jeff Schroeder and Jordan Lloyd, who met and fell in love during Season 11 before Jordan ultimately picked up the $500,000 prize. (Not to mention got engaged on live TV during Big Brother 16.) But now, Jeff and Jordan are expecting their first child and got secretly married prior to a bigger (and hopefully televised) wedding, so we know things will last quite a bit longer than, say, The Moving Company. (LOL, never gets old, does it?)

Luckily for the couple, though, they're far more prepared for parenting than they were for any endurance competition during their stints on Big Brother 11 and Big Brother 13. Because, just as Big Brother prepares you for a fruitful relationship, Big Brother also is quite a good bootcamp for all future parents. Here are just a few things all Big Brother contestants learn about parenting during their time cramped in a house with at least one crying, unpredictable human being. (Sound familiar, parents?)

Big Brother's oft-repeated mantra basically describes motherhood, doesn't it? After all, Jeff and Jordan themselves already confronted the unexpected before their baby was even born — as Jordan told Us, the couple wed at the courthouse after discovering an unexpected delivery was on its way, even though they had planned for a September wedding. But once the couple's baby is born in October, it's a safe bet Jeff and Jordan will face more challenges than Otev could ever serve up. Good thing host Julie Chen set up those expectations week after week after week... after week. Hey, since Jordan is essentially the winner of expecting the unexpected, she'll basically ace parenthood, right?

The Most Important Thing Is A Strong Alliance

Whether that's with your partner, a parent, a trusted friend, or the Quack Pack. Every parent can benefit from a shoulder to lean on — someone who will always be there for them, through thick, through thin, and through mounds and mounds of poop. (Yes, Big Brother even prepares parents to be subjected to some unwanted spraying.) Considering Jeff and Jordan's alliance survived Russell, Ronnie, and so much more, they'll survive 18 years of parenthood.

You Will Screw Up

And, boy, don't Jeff and Jordan know it. Back during Big Brother 13, Jeff (a fan favorite during Big Brother 11) quickly lost many of his backers after criticizing J.K. Rowling's admission that Harry Potter's Dumbledore was gay. He since tried to reverse his comments (claiming he was criticizing the notion that a kid can go to a magic school in general), but, hey, live TV. Here's hoping Jeff not only has developed more progressive views since his time on the show, but also plans to allow his future child to enjoy the magic of Hogwarts.

...But You Often Love Them Anyway

Again, see Jeff and Jordan's Big Brother 13 housemates Rachel and Brendan. And there will definitely be times when Jeff and Jordan's little one will be more ridiculous than Rachel watching Brendan exit the house. But, man, you can't stop watching (and loving it) anyway, right? And that's about the only thing you can expect during the unexpected thing that is parenting.