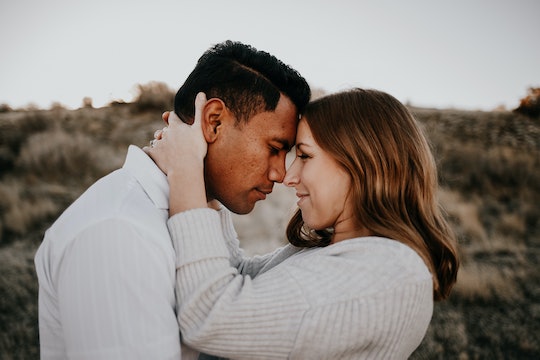 Falling in love and growing closer to someone is an exciting experience, but how do you ever really know what's going on in another person's head? Well, researchers have tried to look into that question, and their findings are pretty fascinating. As it turns out, there may be some ways the male brain reacts differently to intimacy than the female brain, which could explain a lot of behaviors.

First, though, it's important to remember that these differences are relatively minor. "Our brains are mostly alike. We are the same species, after all. But the differences can sometimes make it seem like we are worlds apart," said clinical professor of psychiatry at the University of California Louann Brizendine in CNN. Because she literally wrote books on the subject, The Female Brain and The Male Brain, Dr. Brizendine knows what she's talking about.

So just what are these differences, and how do they line up with the stereotypical ways men and women are often described? Well, some of the findings do reinforce these gender divisions, but there are a few surprises as well. People are complicated enough on their own, but it's on a whole different level when you throw love, sex, and intimacy into the mix.