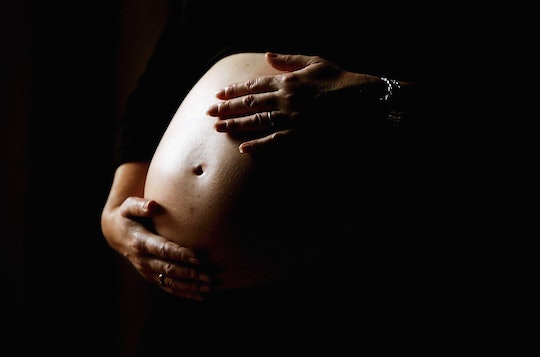 5 Ways The US Could Lower The Maternal Death Rate

The CDC Foundation has a section on its website dedicated to "Building U.S. Capacity To Review And Prevent Maternal Deaths." Its goal is to "understand why maternal mortality in the United States is increasing, and identify interventions to prevent maternal deaths." But it's not the only group that can do something about the problem — there are many ways the United States can lower the maternal death rate, and many different people who can get involved in the cause.

According to Vox, maternal mortality in the United States grew by 27 percent — from 19 deaths per 100,000 births to 24 — between 2000 and 2014. But one state reversed that trend, and may be able to offer some insight for the rest of the country: California.

In California, according to Vox, a group of doctors, nurses, midwives, and hospital administrators started a maternal mortality review board to study each maternal death — defined as the death of a mother from pregnancy-related complications while she's pregnant or within 42 days of birth. The board found that hemorrhage and preeclampsia (pregnancy-induced severe high blood pressure) were at the top of the list as the two most common — and preventable — causes of maternal death.

Since, according to Vox, around half of U.S. states do not formally review the causes of maternal death on a regular basis to determine which deaths are preventable and how to keep future related deaths from occurring, the board's findings were revolutionary and extremely important. Forming other, similar review boards in other states, or on a national level, could be instrumental in preventing maternal deaths.

The World Health Organization reported that "skilled care before, during and after childbirth" has the potential to save the lives of both women and newborn babies. That means that, at the very least, the United States needs to make comprehensive prenatal care a priority in order to lower the maternal death rate.

According to WHO, some factors that prevent women from receiving or seeking care during pregnancy include poverty, distance, lack of information, inadequate services, and cultural practices. And while the report that listed those factors involves maternal mortality on a global scale, those are all factors that can also impact women right here in the United States.

The WHO also reported that some maternal deaths can be prevented by decreasing the number of "unwanted and too-early pregnancies." That means access to contraception and safe abortion services, as well as "quality post-abortion care" are paramount in preventing maternal deaths.

In fact, according to the National Center for Biotechnology Information, of the U.S. National Library of Medicine, 68,000 women die from unsafe abortions every year, giving it the horrifying honor of being one of the leading causes of maternal mortality at 13 percent.

According to an article on the NCBI's website, most unsafe abortions occur in developing nations. But plenty of unintended pregnancies happen in the United States, too, and they can lead to unsafe abortions just the same — especially as reproductive rights for women in this country continue to be rolled back. Offering access to reproductive health services and safe abortion to all women could go a long way towards lowering the maternal death rate in the United States.

According to another WHO fact sheet from September 2014, 16 million girls from the ages of 15 to 19 and some 1 million girls under 15 give birth every year. That's mostly in low or middle-income countries, but not always. And complications during pregnancy and childbirth are the second cause of death for girls aged 15 to 19 globally.

Adolescent pregnancy, the WHO reported, is "a major contributor to maternal and child mortality." And it listed inadequate sex education as a reason for many unintended adolescent pregnancies.

But sex education is lacking in the United States as well. And improving that education could lead to fewer unintended pregnancies, and fewer maternal deaths in the U.S., as well as on a global scale.

Even if the United States makes all of the above improvements, we still need to work on trusting women when it comes to their health and well-being.

When ProPublica asked its readers, "Do You Know Someone Who Died or Nearly Died in Childbirth?," the site reported that the response to the inquiry was "overwhelming." ProPublica heard from 2,500 people within the first week — most of them women saying that they had nearly died. And unfortunately, ProPublica reported that women said they were rarely asked about what happened them.

When Lauren Bloomstein, a neonatal nurse, died less than 24 hours after she gave birth, her story spread like wildfire. And according to Yahoo, she experienced “stabbing” pain near her kidneys or liver prior to giving birth, but when the pain didn't subside, staff at the hospital thought it was just acid reflux, and administered an antacid and painkillers. Eventually, it was determined that Bloomstein probably had HELLP, a severe type of preeclampsia, but it was too late — she died within hours.

And Bloomstein isn’t the only one this has happened to. According to an article ProPublica co-published with NPR, in March 2011, a special education teacher named Tara Hansen contracted an infection a few days after giving birth to her first child at the same medical center where Bloomstein gave birth, but Hansen was discharged even though she was showing symptoms of infection. She was readmitted, but two days later she died. Bloomstein and Hansen are just two examples of recent maternal mortality cases where their pain seemed to be dismissed or downplayed.

The United States needs to have a renewed focus on listening to women — and paying attention to their health concerns and their pain — if it wants to lower the maternal death rate. Because this country can take every other precaution to try to prevent these deaths, but if we don't listen to women, too many new mothers will continue to die preventable deaths.