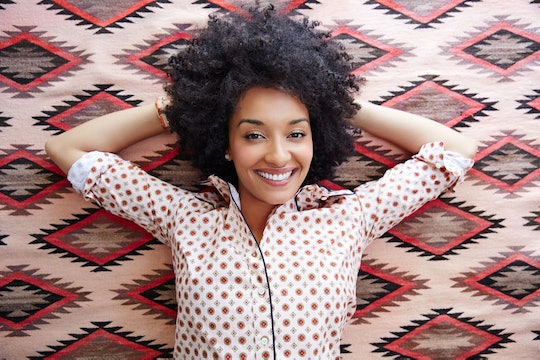 These Exact Pressure Points Will Instantly Make You Happy

When you're feeling stressed out and unhappy, the most obvious fix is to get away from it all to relax and recharge. But unfortunately, that's not always possible. If you're busy with kids, work, school, etc., what you really need is something that can give you a mood boost fairly quickly. Acupressure just might be the answer. There are pressure points that will instantly make you happy, and knowing where they are and how to work them could be transformative.

Acupressure is a practice of traditional Chinese medicine that's been around for a long time, according to Verywell Family. The theory behind it says that energy (or Qi) flows through the body along lines called meridians, and there are more than a dozen places where meridians connect to organs. Those places are the pressure points that you can work to relieve aches, pains, and stress.

I spoke with Ashley Flores, a licensed acupuncturist and acupuncture expert to learn which pressure points are most likely to give you a mood boost. "The biggest ones that I recommend to clients a lot are on the Pericardium channel, which is on the inside of the wrist," she says. There are several pressure points along this channel, including Pericardium 5, 6, 7, and 8. (This diagram can help you identify each point.)

Here's what you do: "Using the thumb of the opposite hand… massage in a circular way, moving the thumb down toward the palm an inch at a time, pressing each one of those points down to the center of the palm." You can press for about 30 seconds to a minute at each point, Flores says. “Those are all points that are good for calming the spirit,” she explains. They are also meant to relieve anxiety and nervousness and can even help you sleep better, according to Alban Acupuncture.

Flores also likes to use a point called Lung 7, which is about an inch and a half from where the thumb meets the wrist. Pressure on this point is said to open up the chest and help you breathe out negativity, according to Acupressure.com "When somebody is holding on to something or they keep thinking about something that happened and they’re having a hard time moving past it, I will show them that point, Lung 7, to press and hold, to help release that emotion that they’re ready to get rid of," says Flores.

There's another point called Liver 3 that can also play a part in making you feel better. It's found on the top of foot, between your big toe and your second toe. "It's really good for letting go of stress, any kind of tension that’s settled in the body," Flores explains. Regularly working this pressure point could very effective at relieving aches and pains, including menstrual cramps, according to the UCLA Collaborative Centers for Integrative Medicine.

Acupressure is gentle, safe, and easy to practice on your own. But to get the best results, you should aim for consistency. “I recommend sort of as a baseline, people doing the same set of points, twice a day, for several days in a row,” says Flores. You might be surprised how good you feel once you make working your pressure points a habit.

More Like This
How Much Hair Loss Is Normal? 9 Signs You’re Losing Too Much Hair
The Difference Between The PICU & The NICU
What Does Amniotic Fluid Smell Like? A Nurse Explains
Here's How To Keep Your C-Section Incision Dry