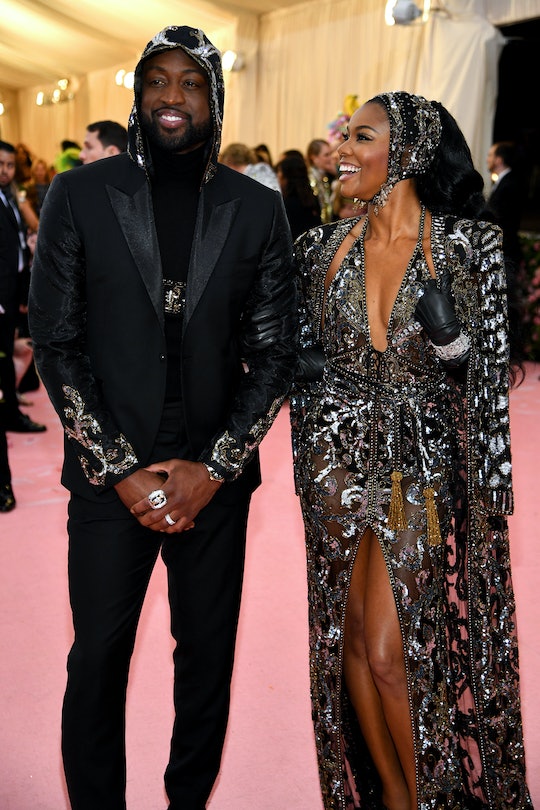 The Met Gala is known for being a star-studded affair. Some of those stars are parents, and this is one event they never fail to get a sitter for. Many celeb couples at the 2019 Met Gala had the ultimate parents night out, including some of our favorites. Whether it was parents of four Kim Kardashian and Kanye West, or newly crowned parents Gabrielle Union and Dwyane Wade, the red carpet did not discriminate against any levels of parenthood. Selfies might be banned at the Met Gala, but parents of all shapes and sizes are welcome to party the night away.

One of the most exciting things about seeing these A-list parents attend what some call fashion's biggest night was their big outfit reveals. Which couples would match? Which couples would attend together, but still make their own independent fashion choices? As you'll see below, Union and Wade chose to compliment each other, while Kardashian and West took the opposite route. The jury is still out on whether or not recently engaged Alex Rodriguez and Jennifer Lopez matched. However, Kylie Jenner and Travis Scott are one of the pairs that made different choices but still managed to come together on the red carpet.