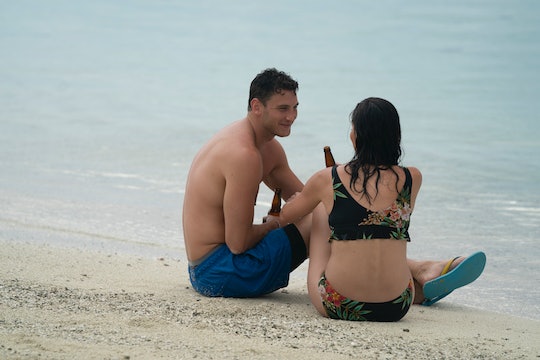 Here Are All The Reasons To Be Team Blake

It comes down to this: The Bachelorette finale. After weeks of group dates, one-on-one dates, and rose ceremonies, Becca will make her choice. Seeing as he has a one-in-two chance of winning, here are some clues that Blake wins The Bachelorette.

If fans are anything like me they're thinking that Blake should win because, well, because he's so much better than Garrett! But this isn't just any show, people. This is The Bachelorette, so any outcome is possible. Just look at Arie's season as an example. Arie changing his mind from Becca to Lauren was rare, and brought up comparisons to the only other contestant to do something similar, which was Jason Mesnick who changed his mind about the winner on the "After the Final Rose" special. But it nonetheless showed that truly anything can happen on these shows.

Now, no matter what happens with Blake on the finale, Blake fans like me can take heart because he's either the winner or he's a contender for Bachelor. So, while it may be heartbreaking to see Blake and Becca break-up, he can still definitely find love again. Whether that's on The Bachelor or not, I know that's going to happen for him. That being said, he may not have to. Here are some hints that Blake wins the whole shebang.