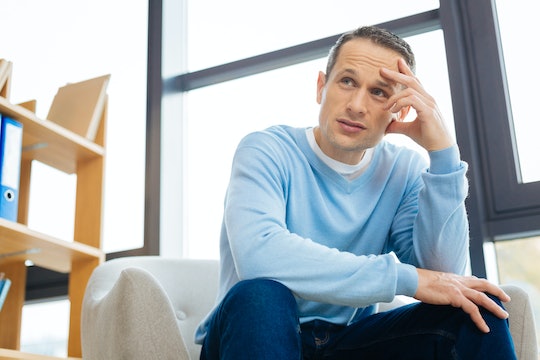 If you're a woman — or even if you're not, really — you've probably heard about things that women find creepy over and over again. But women aren't the only ones to get creeped out by other people's personality traits, habits, and behaviors. There are some common, small habits you didn't realize men think are creepy, as well, that you wouldn't necessarily register that way, but if you spend a lot of time around men, they're definitely important to know more about.

Everyone does creepy things from time to time, so if you do these things on occasion or they're deeply-ingrained habits, you shouldn't beat yourself up about it or stress too much. That being said, you certainly don't want to come off as creepy without realizing that these habits you find completely normal are things of which other people really aren't fans. Things that people find creepy are often things that make them feel uneasy in some way. Maybe you're doing something that doesn't fit the way that they expected you to behave or you're coming across as too interested or borderline obsessed or clingy. So even though your intention isn't to make them feel unnerved, these seemingly innocuous habits or actions are making them feel just that.