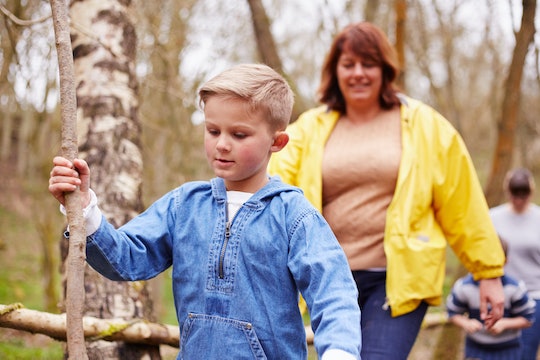 6 Early Signs You're Raising an Alpha

Sometimes the term "Alpha" gets a bad reputation. In actuality, an alpha child doesn't translate to "bully." It simply means that a child has dominant traits or leans toward the leadership category. An alpha child can be more assertive and have the desire to be seen in a positive light or leading role. Amongst those desires, there are also a few early signs your child will be an Alpha that you can take note of as they grow and develop.

Although alpha personalities can sometimes contain traits that transition into negative characteristics, (such as defiance or difficulty coping with failure) those traits do not necessarily accompany an Alpha. Instead, according to Parent & Child, an alpha child is generally a born leader who's often chatty and generous but may occasionally think they know best or be a perfectionist. In order to foster Alphas and focus on inspiring leader traits, do things like encourage teamwork, broaden their comfort zone, and build up empathy to bring out the best without making them feel incompetent, as Parent & Child further explained.

If you think you may have (or know) an alpha child, consider these six early signs below and see how they may relate to your kid.