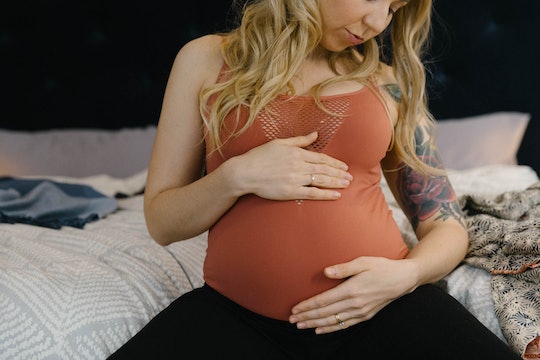 6 Early Signs You're Going To Have A Short Labor, According To Experts

As far as I'm concerned, a short labor is right up there with winning the lottery in terms of lucky life events. (And when I was actually in labor, I would absolutely have traded a bucketful of lottery winnings for a speedier birth.) While some women grit their teeth in the L&D ward for what seems like forever, others seem to skate right through the birthing process in a matter of hours. Interestingly, there really are six early signs you're going to have a short labor — also known as a rapid labor, which lasts less than five hours, according to American Pregnancy.

Like winning the lottery, however, you can't exactly count on a made-for-TV timed birth. In fact, only one to two percent of women have precipitious labors, or labors lasting less than three hours, according to Today's Parent. So very speedy labors are also rare.

"I really try to avoid ever telling a pregnant woman she will have a short labor," New York City based nurse-midwife Kara Manglani says in an email to Romper. "I prepare women for the possibility of being in labor for a very long time. This way if their labor is shorter they are happy, but they know to expect it to be long."

How long labor lasts depends a lot on circumstance, but for first-time moms, you can expect active labor alone to take an average of eight to 18 hours, noted Baby Centre. And that's not even counting early labor and the pushing phase. But even first-time moms may experience rapid labor. If you're wondering if this could happen to you, here are some signs that suggest you may not be laboring for too long.

More Like This
22 Valentine's Day Pregnancy Announcement Ideas Sweeter Than Candy
Here's What Pregnant People Actually Want For Valentine's Day
35 Boy Names For Your Happy Aquarius
Fun, Sexy Maternity Lingerie, For When The Mood Strikes
What Parents Are Talking About — Delivered Straight To Your Inbox