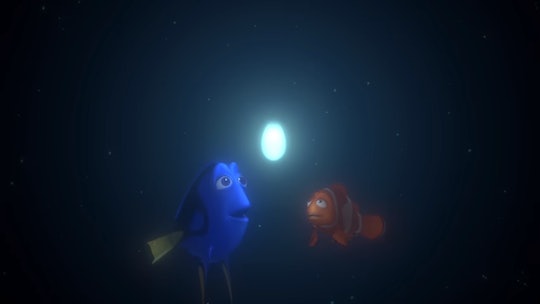 Finding Dory, the Finding Nemo sequel 13 years in the making, finally arrives in theaters on Friday, and it's inspired fans to revisit the 2003 classic. Some parents may not have seen the original because their kids didn't exist back when it came out. Others may have been kids themselves the last time they saw it, and not looking at it through a parent's lens. But watching it as an adult reveals quite a few Finding Nemo quotes that parents can learn from, believe it or not. Pixar movies are generally made for kids, but they never forget to add a little something for the grown-ups.

In fact, Finding Nemo might actually have more lessons for parents than it does for children. After all, it's Marlin, Nemo's dad, who learns the most, and does the most growing. He starts out as a helicopter parent who won't let his son do anything for himself, and they end up getting separated. When you never teach your child independence, what happens when they're suddenly forced to learn it the hard way? And what does that do to you, as a parent? Marlin encounters friends on his journey to rescue his son that challenge his thinking and make him see his son, and himself, from new perspectives.