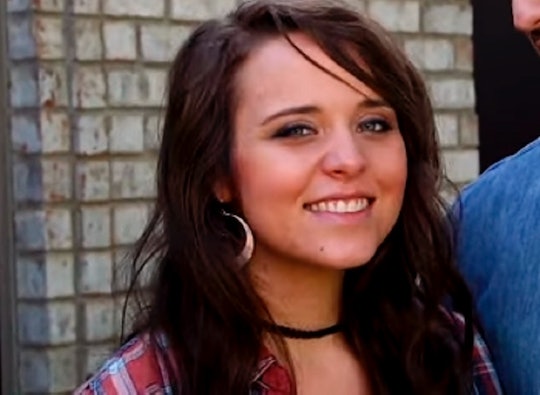 Many know Jinger Duggar and her husband Jeremy Vuolo from the TLC show Counting On, but the Duggar family fame actually began with a show called 17 Kids and Counting, and later with 19 Kids and Counting. Now, though, the 24-year-old reality star is pregnant, which is super exciting for fans. But let's focus on some of the lesser known fun facts about Jinger Duggar that don't revolve around her pregnancy.

If you didn't know already, on Jan. 3, 2018, Duggar and Vuolo announced their exciting pregnancy news to Us Weekly and released the following statement:

Jinger is the sixth of 19 children in her family and in 2015, she met her husband, who is a former professional soccer player. Today, Vuolo works as a pastor, according to TLC. Celebrity Insider recently reported that Vuolo has not been shy about publicly showing his affection for his wife and mother-to-be. For example, Vuolo posted a video on Instagram in honor of his wife, set to Andrea Bocelli’s version of Ed Sheeran’s song "Perfect", just one week ago. In a caption with the video, Vuolo wrote, "Sei la mia donna, stronger than anyone I know ..." The English translation of "Sei la mia donna," which is Italian, reads, "You are my woman."

Now that we've dished a little on some of the latest Duggar news, let's get into some fun facts about Jinger Duggar.

1. She Flips Cars In Her Spare Time

In 2016, on an episode of Counting On, Duggar decided to take on a new hobby by flipping a car. According to TLC, Duggar realized she had an interest in this after going to auto auctions with her older siblings. She figured that flipping cars could be a good investment opportunity, according to TLC.

2. On Her Wedding Day, She Gave Her Father A Special Handkerchief

When writing about Duggar's wedding on the Duggar Family Blog, the site listed a recap of the events from her nuptials to Vuolo. When Duggar's father Jim Bob arrived, she presented him with a special handkerchief that had a personalized message printed on it for him. According to the blog, the message read:

To my dad: You are the first man I ever loved. When you give me away today, know that I will always be your little girl. Your loving daughter, Jinger.

Jinger Duggar is known to be a bit artistic and TLC previously reported that she asked a local photographer to mentor her on an episode of Counting On. Using her skills in photography, Duggar even took the photos for her sister Jill's engagement to husband Derick Dillard.

4. She Was Her Mother's First Home Birth

Duggar is the daughter of Jim Bob Duggar and Michelle Duggar and she has 18 siblings, but she was reportedly the first home birth for her parents. Duggar was born in Fayetteville, Arkansas in December 1993. On the Duggar Family Blog, it states Michelle Duggar's reason for switching to giving birth at home. The blog reads:

Her first five children were born at a hospital, but after talking to friends, she and Jim Bob decided to try a home birth. Jinger, baby number six, was born at their house, brought into the world by a doctor and a midwife. Michelle loved begin able to walk around during labor, and she recovered in record time. A few hours later, she was up and able to take care of her new daughter and her other kids.

Several of Duggar's siblings have or plan to have home births for their children as well.

5. Her Net Worth Is Estimated At $2 Million

Celebrity Net Worth reported that Jinger Duggar has an estimated wealth of $2 million. Even so, Inquisitr has reported that Duggar and her husband live in a "modest and affordable" home together. Their house is reportedly a four-bedroom, two-bathroom, 1,513-square-foot home, and its estimated price was $185,000, according to Inquisitr.

Duggar and her family did not grow up in a big city, but she seems to be a city girl at heart, according to HuffPost. While the Duggar family comes from the small town of Tontitown, Arkansas, Duggar has said that, "I’d be OK anywhere but the city would be awesome," according to HuffPost. On an episode of 19 Kids and Counting from 2012, Duggar's sister Jessa said that Duggar isn't the biggest fan of living so far away from a big city. Duggars response was, "City please, city please!"

With Duggar having her first child on the way, there will soon be even more cute and fun facts to learn about her as she becomes a mother, and her little one as well.