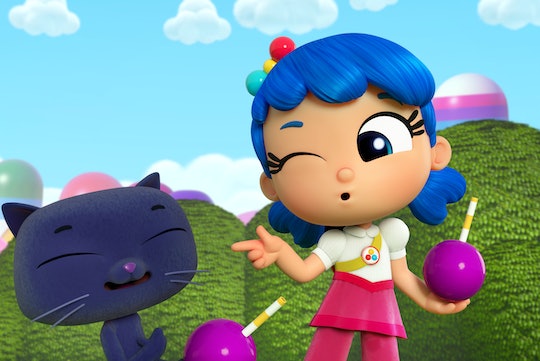 When your kids have gone through everything on their Netflix queue twice over, you know it’s time to find something fresh to watch. Luckily, the streamer changes their catalog every month, and it looks like they’re about to drop some new content that will get your kids summer started right. You may want to fire up your watchlist, because here are the six kids shows premiering on Netflix in May.

The great thing about Netflix, is that it caters to kids of all ages, from preschoolers to teens, and everything in between. For little ones, the streamer offers popular Disney Jr. series like Sofia the First and Goldie & Bear, as well as its own original shows including Super Monsters and Treehouse Detectives. They have a massive selection for older kids, which includes plenty of great Disney shows, along with their own original series like Alexa & Katie, No Good Nick, and Richie Rich.

But if your kids are anything like mine, they’ve already rewatched their favorite shows, and are now itching to feast their eyes on something new. With all the new stuff Netflix is dropping in May, you can rest easy knowing they’ll have these six new shows to watch before summer break begins.