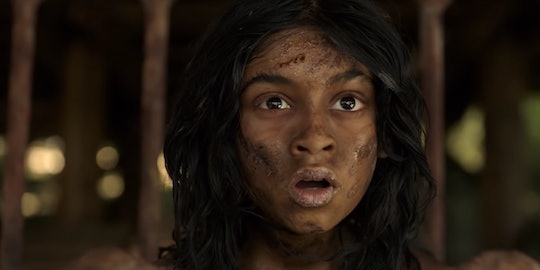 With one of the major end-of-year holidays behind us and another few weeks to prepare for the merriest, happiest days ahead, many people are getting ready to get their holiday spirit on. Whether you celebrate with family, food, cozy decorations, or traditions, one thing is definitely true for most people: the holidays aren't the holidays without your favorite movies and songs. Fortunately, these six new kids movies coming to Netflix in December will help you round out the year with a full queue... or at least give your kids something to focus on while you get that last-minute wrapping done.

Each month, Netflix releases a host of new shows and movies, while sadly removing others from the streaming options. Though it's never fun to see some of your favorites leaving the small screen (and some really amazing titles are leaving this month, like Moana, the Air Bud series, and Tarzan & Jane) there are just as many awesome new movies (both studio productions and Netflix originals) that will be hitting your lists soon. Here are some of the most exciting kids movies coming to Netflix this month, so you can take notes, and get ready to round out the year with some of your favorite characters.

Astro Boy tells the story of an engineered superhero kid who learns that being human is more about what you love and who you fight for than it is whether you're made of bones and blood or nuts and bolts. It's like Avatar... but for kids.

Cloudy with a Chance of Meatballs

This kid-friendly dystopian comedy is as ridiculous as it is entertaining... so much so, in fact, that it's become somewhat of a cult classic. Cloudy With a Chance of Meatballs tells the story of an inventor in a town with a food outage, and how he builds a machine to turn water into food. The plot unfolds around what happens when the machine loses control, and the entire town faces the threat of being totally clobbered by dinner.

Cloudy With a Chance of Meatballs was so popular, in fact, that Kidscreen.com reported earlier this year that alongside the films, DHX has signed to have the TV series of the same name renewed.

Mowgli: Legend of the Jungle

One of the most highly-anticipated Netflix original movies, Mowgli, tells the story of a boy raised by wolves in the wild, until he discovers the village people nearby, and realizes that he is, too, one of them.

The plot unfolds as Mowgli tries to reenter society, and is welcomed warmly by his people. His desire to "belong" is great, but he finds himself stuck when a battle between the people and animals emerges. Mowgli is not all man, but he is not all wolf, either.

The spectacular animated film is another of live-action remake based on The Jungle Book, and is for sure one of Netflix's cinematographic feats.

Getting into the holiday spirit, this Anime favorite has its own Christmas special, following the adventures of Neo and her friends.

Super Monsters and the Wish Star

Another Netflix original, Super Monsters is a show about a special preschool for kids of the most famous monsters in history (think: Frankenstein and Dracula). Of course, the story is about how the kids learn to use their own "super powers," and channel the legacies of their parents for good. This holiday special will be one kids are sure to love.

Last, but certainly not least, the blue-haired character of True is a kid favorite, and in this Netflix special, she's seen singing and dancing and helping kids play along with her.