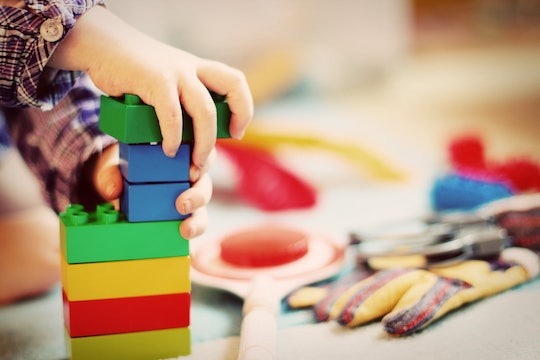 Preschool is arguably one of the most important milestones in a child's educational career. Unfortunately, not all parents can afford to send their children to a highly-ranked private preschool, and a lot of families rely on their state for early childhood education. If you're a parent about to send your child to a state-funded preschool, it's important to know what states are doing the most for preschool education. Even if your state isn't leading the pack, it's crucial to know what policies are working so you can be an advocate for your child's educational career.

According to a 2016 report from the Learning Policy Institute, "The Road to High-Quality Early Learning: Lessons from the States," West Virginia, Michigan, North Carolina, and Washington are investing the most in preschool education. The report reviewed "policy documents, studies, and data in each state, as well as observations of programs and interviews with 159 individuals, including policymakers, program administrators, providers, teachers, parents, advocates, and researchers" to reach its conclusion, according to Learning Policy Institute. The report found that each state was committed to several key elements, including "strong bases of political support, investment in teacher training, and incentives to encourage preschools to meet high-quality standards," according to The Seattle Times.

In addition to the Learning Policy Institute's report, Oklahoma and Georgia have also been commended by policy makers throughout the past few decades for their preschool education efforts.

That all being said, here's why West Virginia, Michigan, North Carolina, and Washington State, Georgia, and Oklahoma rank highly in preschool education.

In addition, according to NPR:

Teachers are also required to meet with parents at least two times a year.

In 1985, Michigan launched its Great Start Readiness Program, a state-funded initiative for "4-year-old children with factors which may place them at risk of educational failure," according to the Michigan Department of Education. According to a study from the Michigan Department of Education, it found that students who participated in the Great Start Readiness program were "more advanced in imagination and creativity, demonstrating initiative,retaining learning, completing assignments and as having good attendance."

The best part? The state's governor, Gov. Rick Snyder, is a big proponent of the program. In the 2014-2015 school year, Snyder doubled the program's budget to $240 million.

In 2001, North Carolina enacted its NC Pre-K program, a state-funded initiative that targets children from families whose "gross income is at or below 75 percent of the State Median Income level," according to NC Childcare. NC Pre-K's program ensures that its young participants excel in "emotional and social development, health and physical development, language development and communication, and cognitive development," according to NC Health and Human Services.

As for the program's curriculum, it offers "large group, small group, outside time, center time, story times, phonological awareness, music and movement, and large group literacy throughout each day," according to the Childcare Network.

In 1985, Washington introduced its Early Childhood Education and Assistance Program, which was one of the first state-funded preschool programs in the country. Washington's program, which serves families making no more than $26,730 a year, is especially notable because it also provides "services for families such as health, vision and dental screenings, and health-care referrals," according to the Seattle Times. (It should be noted, though, that families could make more than $26,730 a year and still be well below the federal poverty level. In Washington, those families would be denied access to the program.)

In 2013, President Barack Obama named Oklahoma a top state for preschool education in his State of the Union Address. Obama said, according to theWashington Post:

In states that make it a priority to educate our youngest children -- like Georgia or Oklahoma ... studies show students grow up more likely to read and do math at grade level, graduate high school, hold a job, form more stable families of their own. We know this works.

As for why Oklahoma received the praise from Obama, its likely due to its universal access approach to pre-school education. In 1998, Oklahoma "passed a law providing for free access to prekindergarten for all 4-year-olds" regardless of income, according to The New York Times.

Steven Barnett, director of the National Institute for Early Education Research, said of Oklahoma's efforts, according to PBS:

Oklahoma provides universal preschool as part of the public education system. So that means bringing all of the quality standards, all of the focus on learning and teaching, to the preschool program. And most states don’t do that.

Similar to Oklahoma, Georgia also offers "free public preschool for all eligible 4-year-old children" in its state, according to Georgia.gov. The only catch? The program, which started in 1995, operates on a lottery system, so spaces are limited. In spite of the lottery system, however, the state has put in a lot of effort into making sure the preschool curriculum is top-notch. According to Georgia.gov, the initiative works alongside the Georgia Department of Early Care and Learning to plan daily instruction.

The main takeaway here is that failing states need to invest more money in state-funded programs for its preschoolers. Families need the support, and all kids deserve the right to a quality education.