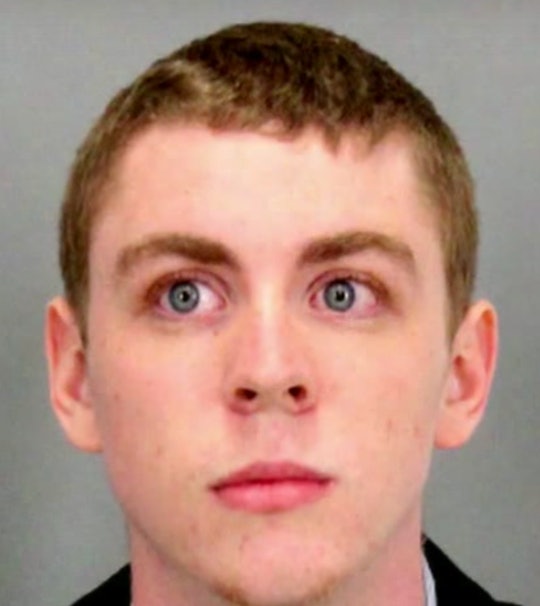 6 People Who Got More Time Than Brock Turner

The victim of 20-year-old convicted Stanford rapist Brock Allen Turner described the effect her January 2015 sexual assault had on her at Turner's sentencing hearing in eloquent, excruciating detail. “You took away my worth, my privacy, my energy, my time, my intimacy, my confidence, my own voice, until today," she read aloud in an impact statement in early June. Turner had sexually assaulted her behind a dumpster, when she was unconscious and unable to give consent, and he ran when two graduate students discovered what he was doing. But he was also a freshman swimming star at a top university, which was enough to convince Judge Aaron Persky to sentence him to just six months in a county jail. It's a sentence that would be laughable if it weren't so enraging, especially when you consider the scores of people who got way more time than Brock Turner.

And people are outraged by Turner's lenient sentence, as his conviction of three counts of felony sexual assault carry a penalty of up to 14 years in prison. While Turner's father is upset his son is being punished over "20 minutes of action," many are pointing out that Turner's status as a young white man who doesn't look like a stereotypical criminal earned him a special treatment and caused the judge to coddle him.

If he were a black man, or just didn't have those blue eyes, many argued, the outcome would have been very different, and much more just. The sentiment seems to hold true, because the record clearly shows that there have been many offenders who received much harsher sentences without ever violating another person way Turner did last year — and much of it seems to stem from the fact that they don't exactly look like or have the same privileges as Turner.

When he was 24, Clarence Aaron made $1,500 for introducing two cocaine dealers to each other. Because of the large amount of drugs and money involved in the deal, he was sentenced to staggering three life terms in prison in a federal court. ThinkProgress reported. There's a federal mandatory minimum law that dictates that even the person who played the least significant role in a drug ring can receive the maximum sentence. Think about what Aaron did, compare that to what Turner did, and join me in trying not to cry.

Like Turner, a medical marijuana grower in Montana named Chris Williams also got a break on his sentence. In early 2013, he was sentenced to five years in prison, when federal agents raided his medical marijuana dispensary and found a gun on the premises, according to The Missoulian. Because of this, he was charged with four counts of possessing a firearm in furtherance of drug trafficking, and he could have been sentenced with up to 85 years in prison.

Turner, who knowingly assaulted a woman when she was too drunk to speak in full sentences, had a maximum of 14 years, and he'll probably end up serving what ABC News' Matt Gutman called "a summer semester in jail", because he'll likely be released early. Williams didn't even get charged with aiming that gun at anyone, so something seems wrong here.

During protests in Ferguson, Missouri, that exploded after unarmed black teenager Michael Brown was shot and killed by a white police officer in 2014, Joshua Williams set fire to a convenience store, and was subsequently sentenced to eight years in prison, The Riverfront Times reported. Although he pleaded guilty to arson, burglary, and stealing, some noted that his fires did "little actual damage" to the store, which looters had already broken into.

"Today my heart is broken for a young man who stood up for what he believes in and will spend more in prison than any of the killer cops," one activist reportedly tweeted. He'll also spend much more time behind bars than Turner will for his egregious time.

Like Turner, it was her first offense, but unlike the former university student, Danielle Metz won't feel freedom again. A nearly all-white jury sentenced Metz, who is black, to three life sentences for her role in her husband's cocaine distribution enterprise.

“To be away from my kids, to miss them growing up, to have to parent them over the phone and in the visitation room, to miss my daughter’s wedding, took a piece of me that can’t be replaced,” Metz told the ACLU, according to The Huffington Post. “It’s a tragedy shared by women, children, families and communities across this country … leaving the kids to think they don’t have a hope in the world.”

In 2011, a Texas man attempted to steal a rack of ribs, and ended up sentenced to 50 years in prison. The 43-year-old told the grocery store employee who approached him, "I got a knife", and The Huffington Post reported that a jury likely considered his "lengthy rap sheet" when convicting and sentencing Ward. He has previously been convicted of burglary, attempted robbery, cocaine possession, theft, and more.

When Judge Aaron Persky sentenced Brock Turner for sexual assault, he also considered the defendant's status in life, and decided that a sentence of longer than six months would have a "severe impact on him." Turner certainly came out on top in the considerations game.

Purvi Patel showed up in an Indiana hospital in July 2013, "feeling very disoriented, weak," she said. She had gotten pregnant unintentionally, and had ordered and ingested pills to induce an abortion illegally, afraid of her conservative family's possible reaction to her pregnancy. Soon, she had been convicted of feticide for having an illegal abortion, NBC News reported.

For her crime, she was convicted to 20 years in prison. She is currently appealing the decision.

In his own statement to the judge before his June sentencing for the sexual assault, Turner blamed his actions on a college "party culture" and "drinking." He didn't accept full responsibility for his crime. "One decision has the potential to change your entire life," he wrote, referring to his own life, not that of his victim.

Regardless of what Turner or his supporters might claim, however, his deplorable act has scarred his victim forever, while he'll walk out of jail in a few short months. For those sitting behind bars still, who did not commit a violent offense, it's infuriating to say the least.

More Like This
Mama Mia! Ronzoni Announces Beloved Pastina Is Discontinued & The Internet's Lost It
Keke Palmer Casually Drops Her Baby's Sex On Jimmy Fallon
Does The FDA's Plan To Limit Lead In Baby Food Go Far Enough?
Freeze! The Single From The New 'Bluey' Album Just Dropped
What Parents Are Talking About — Delivered Straight To Your Inbox