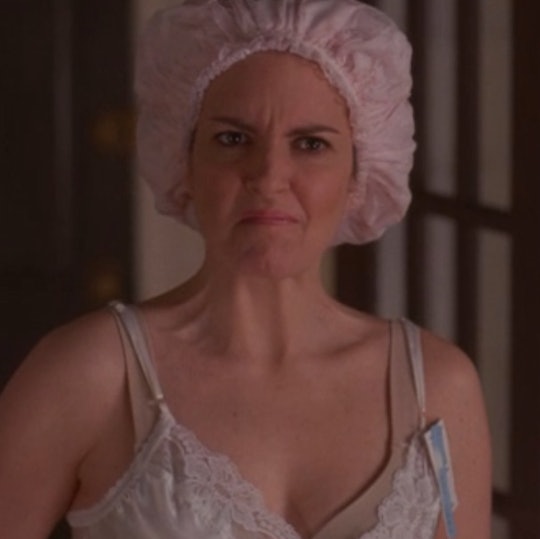 Some people may say that the tenacity of the human spirit can be exemplified by marathon runners, or soldiers, or flowers growing in the desert. While all of these are admirable for sure, I say that humans' extraordinary will to keep moving on in the face of tremendous adversity can best be seen in the fact that, even after having children, parents continue to have sex.

Because you guys. You guys. There are so many reasons to give up on sex after you have kids, at least for the duration of their childhoods. For one, if you are in a heterosexual relationship and you were pregnant and gave birth, you are living in the shadow of that unpleasant experience. (Even if you had a mythological ~perfect birth~ it still wasn't exactly a walk in the park.) Sex is like a goddamn Sword of Damocles looming over your bed during sexytimes, waiting for one little element of your birth control to slip up and fail. But even if the threat of unplanned pregnancy from sex is a non-issue in your relationship, malevolent forces often stand between you and an orgasm: Exhaustion, lack of time, a screaming baby, wigged-out hormones, or birth trauma (physical or otherwise). I've said it before and I'll say it again: For the first couple years, babies are nature's birth control.

And yet, to quote the great chaotician Dr. Ian Malcolm, "Life, uh, finds a way" and parents have continued to do the dirty for generations. (Except for my chaste and virtuous parents, and don't suggest otherwise, because LA LA LA LA I can't hear you!) Of course as we go about the business of getting down to business, certain concessions are often made. Maybe it's that the fact that our kids have exposed us to a level of grossness that can never be out-grossed, or maybe it's just that we've been through so much literal shit together that we're down to clown no matter what, but parents are willing to turn the other baby food-covered cheek when life tries to put ickiness between them and an orgasm. To wit...

More Like This
Stepmom Quotes & Sayings For Every Occasion
34 Instagram Captions Perfect For Preschool Graduation Photos
17 Best Potty Training Products For Toddlers
From Captions To Gifts, These Are All The Kindergarten Graduation Ideas You Need