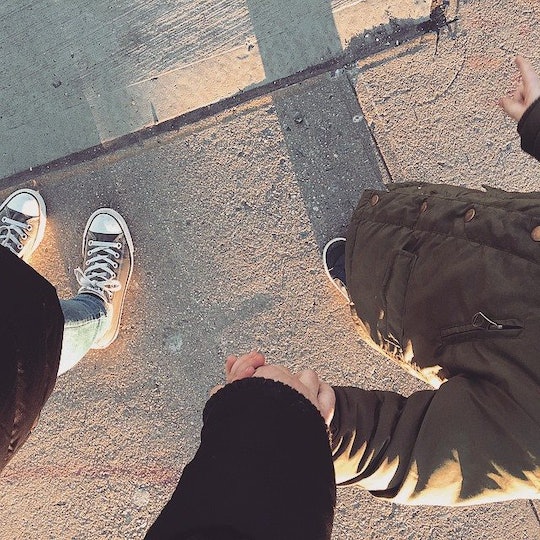 6 Reasons Having Kids In Your 20s Is Actually The Best

When I was in high school and looking forward to my 20s as the pinnacle of adulthood (“After that, you just get wrinkly and wait to die, right?” – me as a child), I envisioned a decade defined by thrilling career milestones, rewarding friendships, amazing sex with a multitude of prize partners (one of whom would, of course, end up being the Love Of My Life™), and most importantly, complete and total freedom. The idea of having kids was something that belonged to my idea of my 30s, if it was going to happen at all, which I wasn’t entirely convinced it would. This idyllic portrait of adulthood lived in my mind for my entire life until, as it always goes, my 20s actually arrived and reality set in.

Don’t get me wrong, my 20s has contained everything I ever expected — there have undoubtedly been thrilling career milestones, rewarding friendships, and amazing sex — but there was also something I never saw coming: having a child at age 25. (Although, to be fair, with all the amazing sex I was having, you’d think I would’ve at least considered the possibility, but hey, live and learn.) While dropping a shorty this early in life was never a part of my plan, I’m a few years into the parenting game now, and I’m starting to think embarking on this part of my life at this particular point in my life might be the most flawless timing possible.

It’s like this massive item on my Big Life To-Do List has been crossed off. A huge question — will I have kids or won’t I, and if so, when? — has been answered, and there’s undeniably an incredibly comforting sense of relief with that. If your 20s is supposed to be a time of sorting out what shapes and structures will go on to form the rest of your life, certainly it’s convenient to let this huge piece come into the picture while everything is still in the building stages. There was never any need, like so many older first-time parents find themselves tasked with doing — to deconstruct my life, to break it apart, and reassemble to pieces in a new way to accommodate for the inclusion of a child. He showed up while I was putting it all together the first time, in my mid 20s, which is so much easier.

Whether you planned on having a child in your 20s or it was a total surprise that you just rolled with, you’ve probably discovered some of the following upsides. (And if you’re just now pregnant, or a 20-something parent to a new kiddo, take note of what’s to come. Welcome to the club.)