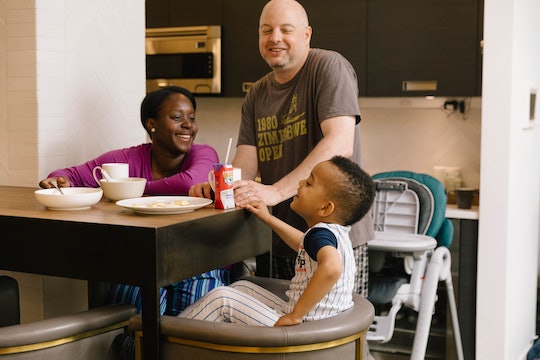 6 Subtle Signs You're A Passive Parent

If you're anything like me, terms like "push over" and "too nice" probably get thrown your way all too often. But there's something to be said for the parent who takes the more laid-back approach, also known as the passive parent. But what if you aren't even aware you've made a conscious decision about how you're raising your child? As it turns out, there are plenty of signs you're a passive parent and don't know it. You might think you're keenly self-aware, but parenthood has a way of muddling details.

It seems like in a the blink of an eye, my son has gone from an angelic infant to a demanding threenager. If you were to ask my mother how this transformation occurred, she would — without hesitation — say that it's because I'm too easy on him and don't set enough boundaries. But is that really such a bad thing? It's not like he has full rule of the house. After all, even the most permissive, free-range parent puts their foot down sometimes. So if any of this sounds familiar to you, you might want to check out the following signs you're a passive parent and don't know it.

More Like This
When Does A Baby Recognize Their Father? A Pediatrician Explains
What To Do If Your Toddler Keeps Taking Off Their Diaper At Night
30 Messages To Write In A Valentine's Day Card For Your Child
The Best Travel Tips For Solo Parenting
What Parents Are Talking About — Delivered Straight To Your Inbox