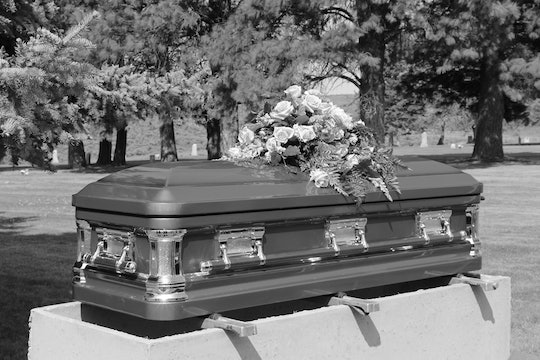 For me, the best antidote for fear has always been knowledge. After I began experiencing anxiety on flights, I calmed my nerves by researching flight statistics. When I was scared for an upcoming surgery, I learned exactly what the surgeon would be doing. It's hard for me to be scared about something that I know all about... which is why I've sought to learn as much as I can about death. If you're like me, these shocking things you never knew about what happens just before you die may surprise you, but also shed a little light on this world's biggest unknown.

In the movies, death is typically portrayed peacefully; someone is awake one moment, and then peacefully drifts to sleep. The dying person may even say goodbye, mere moments before taking their last breath. While this is a nice way to view the final moments of a loved one's life, it's not totally realistic. There are typically stark changes in breathing and appearance as one nears death, and more often than not, they aren't holding conversations. And, of course, experiencing death is a whole lot different than simply witnessing it. As an article in National Geographic explained, "Your brain does not shut down as quickly as the rest of your body when you die; it’s still working." So what exactly are you experiencing, perceiving, and understanding in those final moments?