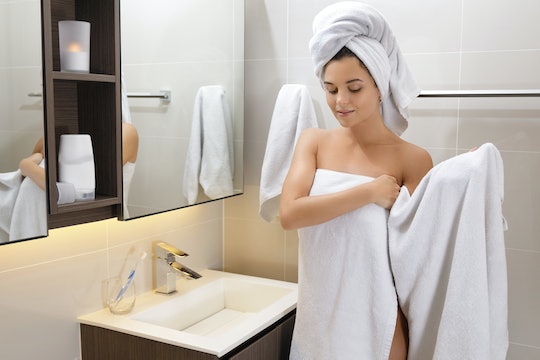 Whether you know it or not, some of your doctors likely have some serious opinions about the things that you do everyday. From before and after sex habits to eating habits, activity, the products you use, social interaction, mental health, and more, doctors think some of what you're doing is great and some of what you're doing should really be given a bit more thought (and maybe be changed). There are some surprising things your OB/GYN wishes you'd stop doing after you get out of the shower, for example, that you might not have ever given a ton of thought to while going through your routine in the past.

There are a lot of different things that you can do before, during, and after your shower that can have a big impact on your health, the appearance of your skin and hair, and more. If you've ever heard that you shouldn't wash your hair as frequently or should incorporate a short blast of cold water to your shower routine, you already know that the choices you make before, during, and after your shower matter. But some of the things that your OB/GYN may want you to stop doing might not be the most obvious to you and knowing what they are may lead you to reconsider some of what you've always done.