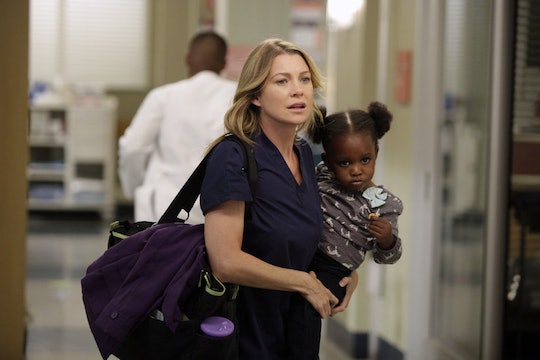 6 Things You Should Absolutely Never Say To A Working Mom

More and more mothers are choosing to work, either out of necessity or because — *gasp* — they enjoy working outside of the house. In 2013, 69.9% of the United States labor force were mothers with children under the age of 18, according to the U.S. Department of Labor. Working mothers are no longer the exception to the rule — they're the rule itself. And yet still, working mothers face judgement on a regular basis. The seemingly never-ending mommy-shaming leaves working moms feeling an unfathomable amount of guilt. Guilt for not giving up their careers and spending their time inside the house; for leaving their children with a babysitter, nanny, or daycare; for focusing on something other than their kids. And while there is, obviously, nothing wrong with being a stay-at-home mom, there is also nothing wrong with choosing to be a working mother, either. (And beyond that, the assumption that working outside the home even is a choice for most women is hugely problematic in and of itself.)

In fact, new evidence suggests that children learn valuable lessons from working mothers. In a 2015 study of 50,000 adults in 25 countries, it was found that "daughters of working mothers completed more years of education, were more likely to be employed and in supervisory roles and earned higher incomes."

Which is why we, as a society, need to stop treating working mothers like they're selfish parents who don't care about their children. It's time that we stop saying these six things to mothers, so they can stop being made to feel bad for a decision they've made for their both their families, and themselves.