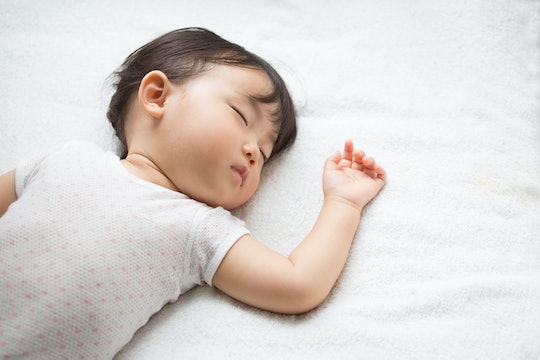 6 Toddler Sleep Problems That Could Point To A Bigger Problem

All kids have the occasional rough night's sleep, whether it’s because of a nightmare, a change in routine, an illness, a skipped nap, or something else. More often than not, bad nights pass and most toddlers learn to sleep through the night from a young age. Some young children, however, have a much harder time getting regular, healthy sleep. In fact, there are a few common toddler sleep problems that are signs of a bigger issue that are worth knowing about if you suspect your own little one is dealing with a bigger issue causing their bad nights.

Of course, not every toddler who has trouble sleeping at night will have a sleep disorder. But according to The New York Times, sleep disorders are more common in kids under the age of seven than most people believe. Furthermore, the National Sleep Foundation (NSF) found that nearly 69 percent of children have a sleep related issue of some kind, in a study which took into account factors like sleep environment, diet, family routine, night awakenings, and other sleep behaviors.

As scary (and exhausting) as these common sleep issues can be, it's important to understand that they can be solved, or at least monitored and minimized so that both your toddler and you can get the sleep you both deserve.