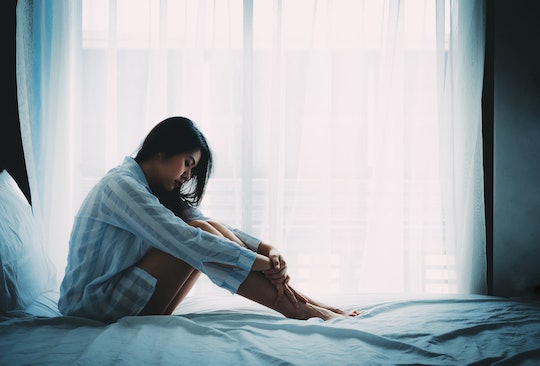 There's more to sex than just having an orgasm, but there might be some differences in the way that your body's affected, if you're fulfilled from intimacy versus if you're not. From physical to mental and emotional changes and affects, there are some unexpected things that happen in your body if you don't orgasm during sex.

Some people, for a wide variety of reasons, can't reach climax during sex, Beth Liebling, the host of radio show Love and Laughter with Beth and the author of Love and Laughter: Sexy (Meaningful) Fun for Everyone, says. Though it's something that all-too-often is considered shameful or embarrassing, Liebling says that it shouldn't be that way.

CBS News reported that researchers at the Unviersity of Central Lancashire and the University of Leeds in the U.K. found that 80 percent of heterosexual women participating in their study had faked an orgasm. Granted, this study was quite small, but the American Psychological Association also noted that a study published in the Journal of Sex Research found that about two thirds of heterosexual women had admitted to faking an orgasm from time to time in the past. So either way, there are plenty of women who are, for whatever reason, not climaxing during sex.

If you've ever wondered how not having an orgasm might affect you, here's what you need to know.

More Like This
Say What's In Your Heart With These Stepmother's Day Quotes
Stepmom Quotes & Sayings For Every Occasion
11 Signs You're Sexually Attracted To Someone, But Not In Love With Them
What To Say To Someone Who Has Lost Their Mom On Mother’s Day