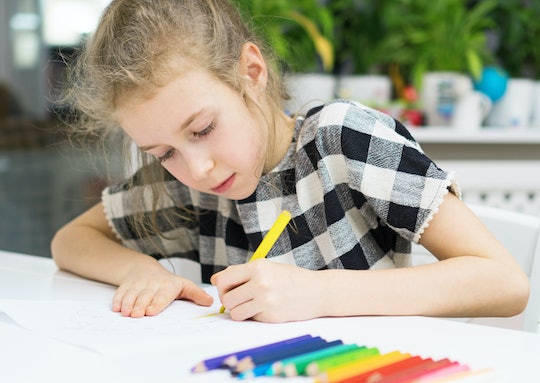 Left-handed and right-handed people have a lot of things in common, but they also have more differences than just what hand or side of the body they tend to favor, even if you don't realize that some of these differences might very-well be related to their dominant hand. There are some unexpected personality traits left-handed people have in common that distinguish them from right-handed people that, if you spend any time around lefties or are one yourself, you might be interested in knowing more about.

For left-handed people living in a right-handed world, things can be awfully difficult. From scissors to cooking tools, desks, spiral-bound notebooks and more, there's a lot of adjusting required if you grow up left-handed. And while you might think that the person you are, your health, and your identity have nothing to do with which hand you feel more comfortable using to accomplish everyday tasks, it might all be more related than you previously realized. Live Science reported that only about 10 percent of the population is left-handed, but there are some certain similarities that that 10 percent has in common. From a higher likelihood of certain medical conditions to reactions, thought patterns, and more, here's some of what the southpaws you know might have in common.

More Like This
An Honest Review Of The Nixit Menstrual Disc
Why Does My Vagina Smell Sour? Vaginal Odors & What They Mean
60 Bits Of Christmas Trivia To Delight Your Friends & Family
The 35 Top Toys For 3-Year-Olds