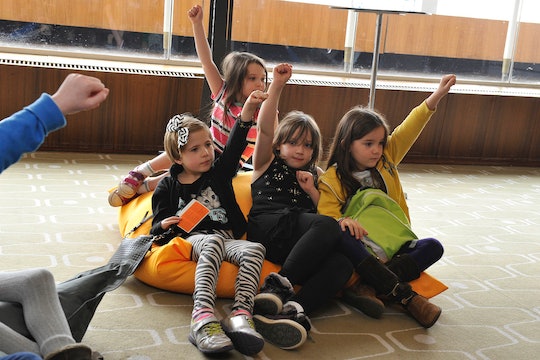 6 Ways Feminists Can Actually Benefit From Having Kids

When I was in high school, college, and right up until I decided I did want to have a baby, I knew "for sure" that I did not want to have a baby. I have always been a proud, outspoken feminist and, unfortunately, I thought that I couldn't be a mother and fight for women's rights simultaneously. I saw motherhood as nothing more than a forced social standard that women were pushed to meet, whether they actually wanted to be parents or not (which is still true), and I didn't want to bend to the wills of the patriarchy by getting knocked up and pushing another human being out of my body.

Now that I'm a mom, I realize how wrong (oh, so wrong) I was. I wasn't wrong about the pressure put on women to baby-up or opt-out of having their womanhood validated by society-at-large; that's very much the case, and it sucks. But I was decidedly incorrect in my thinking that procreating would fundamentally undermine my status as a feminist, that it would someone dilute the strength of my conviction. Having a kid can be hugely beneficial to feminists. Becoming a mother has made me even more aware of how important gender equality really is. After all, being a feminist doesn't mean that you do what you think you should in order to fulfill a certain role. No — being a feminist means that you fight for the equality of all genders, so that women have the freedom to make their own choices with their own bodies. I chose to have a child, and now I am choosing to raise that child to be a feminist as well.

Having kids, I've come to realize, is indeed a feminist act that highlights many of the things feminist fight for. Here are just a few reasons why popping out a mini-you isn't anti-feminist, but rather a great feminist choice that supports the continued work of the feminist movement.