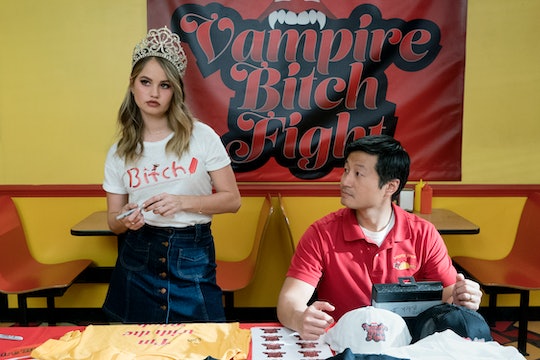 'Insatiable' Is Coming Back For Seconds & People Want To See Changes

Since the first trailer dropped, Insatiable has been mired in controversy. A petition for the show's cancellation actually garnered over 200,000 signatures. Reviews of the series could kindly be called dismal. I, myself, only got through about half of the show before I gave up in disgust. That being said, I do believe the show has its misguided heart in the right place. So maybe, just maybe, the show's writers and creators will take the criticisms to heart, learn from their mistakes, and improve in Season 2. As someone who felt personally victimized by Insatiable Season 1, I have put together a short list of ways the series can change and improve in its second season. So who knows, maybe Season 2 will be hilarious in all the right ways.

More Like This
The White Lotus Is The Perfect Treat For After The Kids Go To Bed
'Yellowstone' Has An Exciting New Cast Member For Season 5
'Firefly Lane' Is Coming Back To Netflix For One More Final Season
'Virgin River' Season 5 Is In The Works, So Here’s Everything We Know So Far