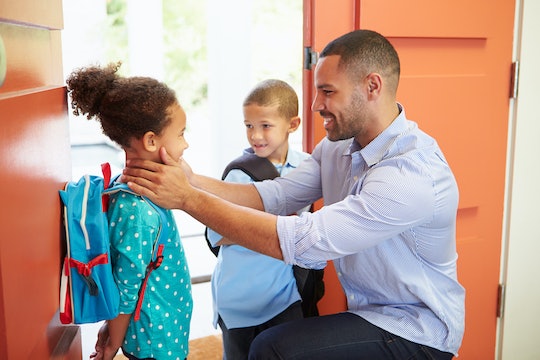 There's no downplaying the role of a father in his daughter's life. He is her first introduction to masculinity, a role model, and the measuring stick for all other men in her life. And although the father-daughter relationship should be one of trust, fun, adventures, and mutual respect, in some cases, it isn't. The stereotypical overprotective father is, strangely enough, celebrated more often than not. But there are many ways overprotective dads hurt their daughters instead of help them.

Although social media posts about fathers "doing what they gotta do" to protect their daughters go viral, and even hilarious TV commercials promote dads who either don't trust their daughters or their dates, there isn't much out there about the negative effects this widely accepted "over bearing father stereotype" will have on daughters.

As a mother of two little girls, I'm writing this piece with extreme caution — my desire to protect my daughters is carefully weighed against my desire to raise strong young women. As the daughter of a father who wasn't overprotective but still did his best to teach me how to stand up for myself, I'm writing this with a thankful heart. I certainly understand the desire to protect our children from harm, a desire that fathers feel just as strongly. But I also understand from a daughter's point of view, and the natural downsides of a father who steps over the bounds of protecting to over protecting.

Read on to see some ways overprotective father than harm their daughters.