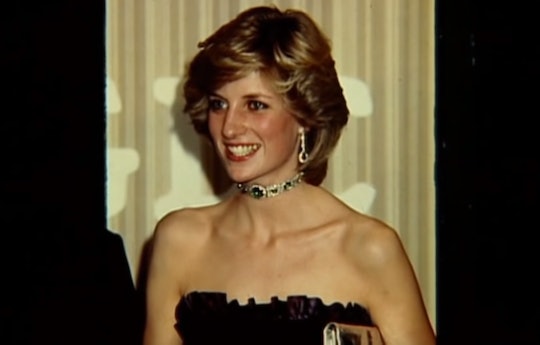 Princess Diana died tragically in a car accident in August 1997 — more than 20 years ago at this point. And yet, she remains a beloved figure in British royal history. Known as the "people's princess" when she was alive, Diana remained influential and widely adored even after her divorce from Prince Charles and subsequent stripping of her royal title. With this in mind, it makes sense that Diana's two sons would want to ensure that part of her lives on. So let's take a look at 6 ways Prince William keeps Princess Diana's spirit alive today.

Prince William was 15 — and Prince Harry was only 12 — when their mother died unexpectedly, according to Us Weekly. By now, the royal brothers have spend significantly more of their lives without Diana. But that doesn't mean they've forgotten her. Far from it, actually. The Duke of Cambridge and Duke of Sussex make it a point to include their mother in pretty much all of their significant life events — from their weddings, to the births of their children, and more. For Prince William, this has happened with ...

In November 2010, Prince William explained the meaning behind giving Kate Middleton the large, blue oval sapphire and diamond engagement ring — which had been Diana's — when he proposed. “It’s very special to me,” he told reporters when his engagement to Middleton was announced, according to Today. “It’s my way of making sure my mother didn’t miss out on today and the excitement and the fact we are going to spend the rest of our lives together.”

A Hymn That Was Played At His Wedding

When Prince William and Kate Middleton tied the knot on April 29, 2011, the Duke of Cambridge made sure Diana was a part of his big day. He did so by having the hymn "Guide Me, O Thou Great Redeemer" sung at the wedding —which was also sung at Diana's funeral. (The hymn was also performed at Prince Harry and Meghan Markle's wedding in 2018.)

His Continued Support For One Of Her Charities

Back in 2005, Prince William became a patron for the organization Centrepoint. This London charity helps homeless youth prepare to live their lives off the streets. Princess Diana had brought William to a Centrepoint event, according to Biography.com. “My mother introduced that sort of area to me a long time ago,” he said in 2005, The Telegraph reported. “It was a real eye-opener and I am very glad she did. It has been something I have held close to me for a long time.”

The Documentary He Did With Prince Harry

In 2017, Prince William and Prince Harry took part in a documentary about their late mother. They wanted to pay tribute to Diana, and so HBO released Diana, Our Mother: Her Life And Legacy. In it, the royal brothers looked at old family photos while remembering their mum and sharing stories about her.

It came as little surprise that Princess Charlotte ended up with her grandmother's moniker as one of her two middle names. The young royal was named. Charlotte Elizabeth Diana. “It’s William’s way of honoring his mother's memory. A way of making sure Diana’s legacy lives on. This way she will never be forgotten,” Diana’s friend Simone Simmons told Vanity Fair in 2015.

How He & Kate Middleton Are Raising Their Children

Like Diana, Prince William and Kate Middleton have been striving to give their kids as normal an upbringing as possible — considering they're royalty, that is. “Diana was such a wonderful mother. William and Kate are doing their best to take after her when it comes to raising George, Charlotte and Louis. They’re determined to give their kids a normal life, just like Diana did," a source told Us Weekly in August. “If the kids misbehave, William often thinks to himself, ‘What would my mom have done in this situation?'”