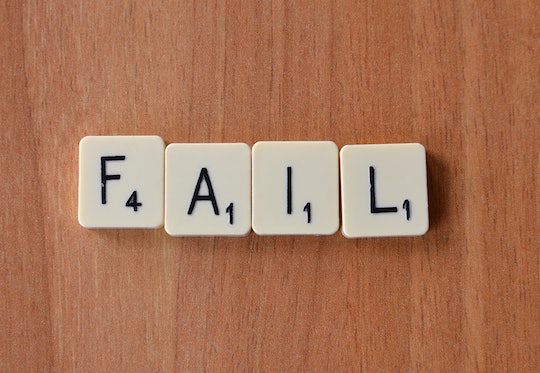 For as long as women have been having babies, “Mommy Guilt” has likely also been around and flourishing. Years ago, my sister-in-law hosted a big Italian celebration at her home, a mere two days after giving birth via c-section. A few years later, when I had an emergency c-section with my own son, I was a hot hormonal mess, leaking all sorts of gross fluids from a myriad of orifices at two days post-op. I hadn’t slept in days, and could barely walk, let alone plan an extravagant event at my home for all my closest family and friends. That was the first time, of what would add up to many times in my mothering career, that I felt inadequate, unsure of myself, and — for lack of a more descriptive term — like a crap mom.

The advent of social media has simply added fuel to the Mommy Guilt fire. The Internet is the actual oxygen that Millennials breathe, and honestly, I still feel like it's had a largely positive effect on society as a whole. (Eh, we can debate how much that’s true later. Let’s assume the internet isn’t the Trojan Horse that will ultimate lead to our collective undoing.) So many good things have come from social media: It enables family and friends to connect despite vast distances, while the rest of ~The Web~ opens the door to a wealth of information, job opportunities, and even the potential to help save lives.

However, there are two sides to every coin; For every Instagram, there's something on the other side of the camera. Now, our private fears of inadequacy are exacerbated on a daily basis by an onslaught of social media posts. In other words, there are many ways that social media can make you feel like a really crappy mom because there are near-infinite platforms upon which other moms can show you how crap they aren't being. It helps a little to tell yourself that, no, their lives are not as perfectly put-together as their social media presence would make them appear, and yes, even Perfect Internet Mom Friend is probably riddled with doubts about herself, but even those known truths bring little comfort when it's 11 a.m. on a Saturday morning, your house is a full-on mess, the kids are all staring at screens, and you're cruising Instagram, waiting to feel inadequate.

Man, who's feeling awesome about themselves right now? Whew. Here are some of the big ways social media makes us feel like junk about our parenting. They're just out there, waiting out there like ever-present land mines that threaten to derail even the most stable confidence.

More Like This
Social Media’s Effect On Kids’ Wellbeing Is A Public Health Emergency
Did You Choose One Of The Most Popular Baby Names Of 2021? We Have The List!
Blake Lively Reveals Her Secret Ingredient For Being More Confident
22 Instagram Captions For Pics Of Your Baby Trying Solid Food For The First Time