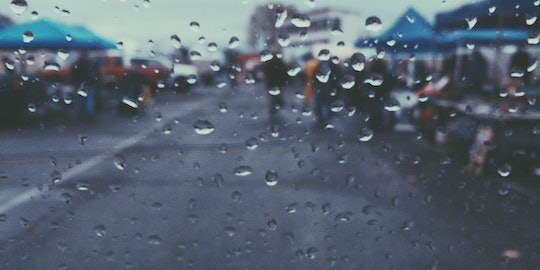 When my son was born, I felt a giant wave of relief. I had been suffering from perinatal depression and anxiety throughout my pregnancy, and I had felt ambivalent toward the baby growing in me for the entire time. I was petrified that I wouldn’t love my son when he was finally born, but, thankfully, I was enamored immediately. He was perfect, and I was so happy he had come into our lives, despite my initial fears.

Several weeks went by, and while I had a bit of the baby blues, I mostly felt great. Because of my perinatal depression, I knew I was at higher risk of developing postpartum depression, so I was on pretty high alert for some of the signs. I was in love with my little boy, though, so I figured I was in the clear. I mean, my biggest fear had been that I wouldn’t love him, and since that wasn’t an issue, I just assumed I’d be fine.

Then, gradually, I began to get obsessed with SIDS (Sudden Infant Death Syndrome). I was sure that my son would get it, and I started to wake intermittently (and completely unintentionally) to check his breathing. Pretty much hourly, in fact. Then I started wanting to yell, scream, and hit people. Random people. These were pretty good indicators that something was amiss, and a visit to my overseeing psychiatrist confirmed that postpartum depression and anxiety had struck.

I was lucky. I was being monitored right from the outset, and my medical team (consisting of a midwife, GP, psychiatrist and social worker) were right there for me, when things began to feel...wrong.

Now, 18 months later, things are a lot easier for me. I still see my social worker regularly, and I still have moments where I feel overwhelmed, or low, or anxious, but there's a bit more space. I like to describe it as "padding," meaning, if something takes place that sets me off, I don't immediately respond negatively or fly off the handle. Instead, I'm able to take a brief moment and make sure I'm ready to react reasonably before I do (at least, most of the time).

So what other things have I learned from surviving PPD? If you've been there, some of this probably sounds familiar.

More Like This
Paris Hilton Is Officially A First-Time Mom
When Does A Baby Recognize Their Father? A Pediatrician Explains
Even If Your Baby Sleeps Better in Your Bed, It’s Still Not Recommended
Celebrate Your Baby’s 1st Valentine’s Day With These Instagram Captions
What Parents Are Talking About — Delivered Straight To Your Inbox