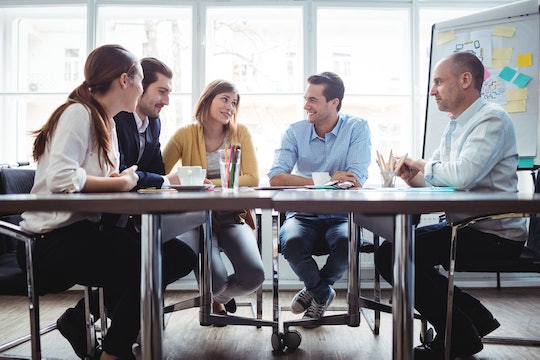 6 Workplace Habits That Men Can Get Away With, But Women Can't

There are some thing that you know that you just can't do at work. It's unsurprising that nearly no one could get away with some of the more egregious habits without it negatively affecting their job prospects or job security. There are also, though, some workplace habits that are acceptable for men, but that women could never get away with, which, if you're a woman in the workplace, is frustrating, to say the least.

Part of the reason that men are able to get away with some things that women could never get away with themselves is due to gender biases and expectations that have been reinforced in society for years, some of which are holdovers from "bygone" eras. Women are expected to look prim, proper, and pulled together, to be nice, to stick to the jobs that they're "better at," and more, so whenever they stray from what's expected, they can often have a difficult time getting away with it. Of course, that's not always true in absolutely every job or office, but, overwhelmingly, there are still just some things that women can't do (or that their colleagues think they shouldn't do) that are totally fine when men do them. While I'm not here to tell you to alter your behavior, necessarily, you should at least be aware of some of the things that your colleagues or employers might deem less than acceptable because you're a woman.