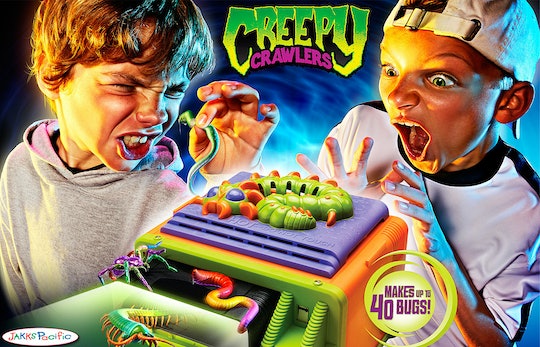 7 ‘90s Toys Marketed For Boys That Girls Totally Loved Too

The '90s toy market was a crazy time, full of one-of-a-kind wonders like Bop It, Tomagotchi, and the madness that was waiting to buy a Beanie Baby. It was good time to be a kid. But, unfortunately, there was some serious sexism lurking in the toy aisle that you may not have noticed as a child. Yes, while you were trading Pokémon cards with your classmates, there were a ton of ‘90s toys marketed to boys that girls loved just as much because these were fun — period!

Yes, gender-based marketing was definitely a thing a few decades ago, and one people didn’t seem to bat an eye about. Toys played directly up to tired old stereotypes about what boys should be into (gross stuff, video games, anything related to toy guns) and completely overlooked the fact that girls might be into them too. If they had simply realized that children’s interest go beyond gender norms, think of all the toys these companies could have sold.

The progressive in you is probably shaking your head at the very idea that this concept existed so blatantly back then, but, you know, at the very least it's good to take a look and remind ourselves that toys are toys, and are fun for all genders no matter how marketing portrays them.