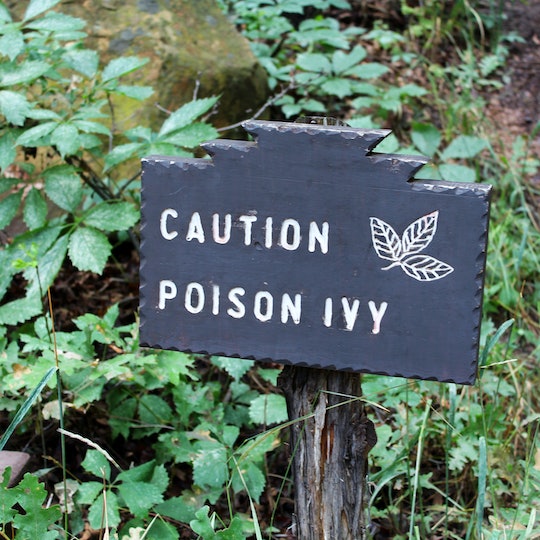 7 Poison Ivy Treatments For Kids To Ease That Itch

Even if your kid is experienced with the outdoors, it's easy to have an accidental run-in with poison ivy. And then you have to deal with the itchy aftermath of that plant. Thankfully, the at-home poison ivy treatments that are safe for kids are here to help you out.

Native to North America, poison ivy grows as a shrub or trailing vine across much of the United States, as noted in Healthline. Basically, if you go outside somewhere in the US, it could grow nearby. Although the three-leaved plant may not look like much, it's best to avoid touching it at all. Poison ivy produces an oil called urushiol, and contact with this oil can cause an itchy, streaky rash to appear on the skin, as noted by the American Academy of Dermatology (AAD). To make matters worse, the rash often doesn't appear until several hours or even days after contact with the plant, as further noted by the AAD. So it's entirely possible to touch poison ivy in the wild without even realizing it until much later.

For the most part, experiencing an allergic reaction to contact with poison ivy isn't a life-threatening problem, just a huge annoyance and irritation. That said, if you or a loved one experiences a severe reaction to poison ivy that does not improve with time, a high-grade fever, or contact with the eyes, mouth, or genitals, then it's best to see a doctor, as explained by the Mayo Clinic. Don't risk it. For more routine brushes with poison ivy, however, these home remedies might be just the thing to soothe the savage itch.