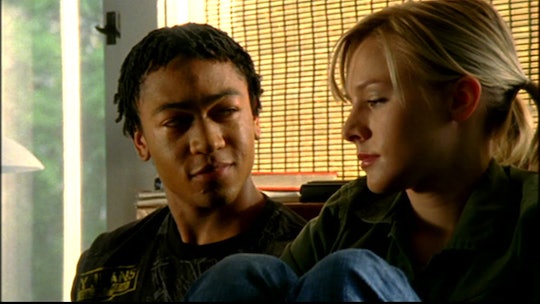 7 Benefits To Having A Best Friend Of The Opposite Sex

Can men and women really be platonic friends? Of course. As long as you and your buddy are on the same page about your friends-only status, there’s no reason you can’t consider someone of the opposite sex your closest confidant. In fact, the benefits to having a BFF of the opposite sex are so great, you might keep your best friend for life.

Your best friend can help you pick out thoughtful holiday gifts for the opposite sex, open your eyes to a different perspective, and even act as a stand-in spouse if you’re fending off unwanted attention. Best of all, you probably have enough inside jokes to stay entertained for the rest of your lives. The close friendship is what counts; the fact that your buddy is the opposite gender is just bonus.

And cross-sex friendships are the norm for lots of people now. "The belief that men and women can't be friends comes from another era in which women were at home and men were in the workplace, and the only way they could get together was for romance," psychologist Linda Sapadin told Psychology Today. You're likely to meet your cross-sex best friend the same way you would meet same-sex friends: at work, school, or kickball league. In addition, these friendships speak to changing cultural ideas about gender, sexuality, and identity. In other words, men and women can enjoy one another's company just for its own sake, apart from romantic or sexual aspects. “When we value friendship for the sake of collaboration and community, rather than sex, then friendships can flourish," psychotherapist Silvia M. Dutchevici told Huffington Post. And that's a very cool development worth celebrating with all of your BFFs.