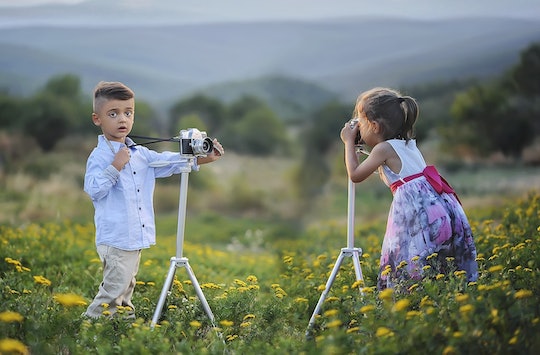 7 Clues You're Raising A True Leader

During mandatory PTA meetings, play groups, or children's birthday parties, you can bet there are a few parents who humbly say they don't put any emphasis on achievements and are perfectly content so long as the kids are happy and healthy. OK, maybe there's a possibility that these people mean it and I'm just cynical, but chances are there's a teeny tiny part of every parent that is hopeful their child will grow up to be an independent, confident trail-blazer. So you might wonder what are some of the clues you're raising a true leader.

In a way, children really aren't all that different from adults. I'm convinced the only thing that separates grown ups from kids is the ability to scream internally when things don't go their way as opposed to falling out on the floor and wailing. So, just like plenty of fully grown humans, the traits of a leader are somewhat similar in children. Just think of daycare or school as an office where employees have no filter and lack subtlety. The kid who is overseeing the construction of an impressive block tower is probably has some serious leadership skills. Check out these other clues that you're raising a true leader.