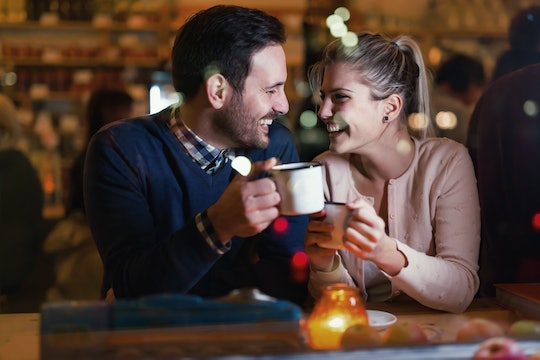 If you spend a lot of time with another person, at some point, you'll probably realize that, on occasion, you have some complaints. It's normal to get annoyed or frustrated with people from time to time, whether that's your partner, your kids, your best friend, or your family members, but it's not always the best idea to actually express each and every one of those complaints to the other person. There might even be some common complaints couples don't express to each other in a healthy relationship that you've mistakenly (or intentionally, you're only human, after all) verbalized to your partner once or twice, but ultimately, if you want your relationship to go the distance, some complaints should likely be left unsaid or, at least, not fought over.

"Complaints are not inherently bad," licensed marriage and family therapist Theresa Herring tells Romper in an email exchange. "Nor do they spell doomsday for a relationship. Couples consist of two distinct people, which means conflict is inevitable. But you don't want to bring something up just to pick a fight or argue just to win. You want to focus on what is important to you and calmly articulate to your partner what is important to you and why. When it comes to conflict, I encourage people to focus on what they want most rather than what they want right now. So sometimes that means letting little things go and other times it means bringing things up so that it doesn't become a problem later."

Some habits, annoyances, and complaints are things you should just let go. In a happy and healthy relationship, they're just not always worth the argument.