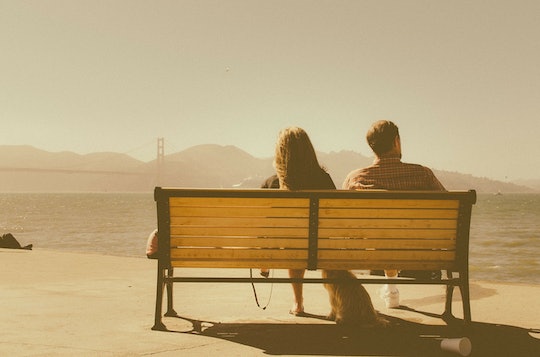 7 Common Mistakes Young Moms Make That Can Sabotage Their Relationship

No one likes to make mistakes, much less admit when they've occurred. Yet sometimes acknowledging the underlying issues can be the only way to avoid damaging the relationships in their life. Parenthood only adds an additional layer of messy problems that contribute a new parent's overall stress level. Whether you're aware of it or not, there are plenty of common mistakes young moms that can sabotage their relationship. And, like with most slip-ups, they're typically unintentional and consequentially are harder to avoid repeating.

Young moms, more so than "average-aged" moms (if that's even a thing), are held to an entirely different set of standards by society based on the stereotypes that come with young age. Although everyone is taught not to judge a book by its cover, plenty of people still jump to inaccurate conclusions when they see a youthful mother.

Many of my friends would happily put themselves in the "young mom" category. Yet they've all told me it feels like they're constantly having to prove they're just as capable of being a responsible parent, regardless of age. Fighting an uphill battle with people's perceptions can understandably take a toll on a young mom and may lead to some of these commons mistakes that can sabotage their relationship.